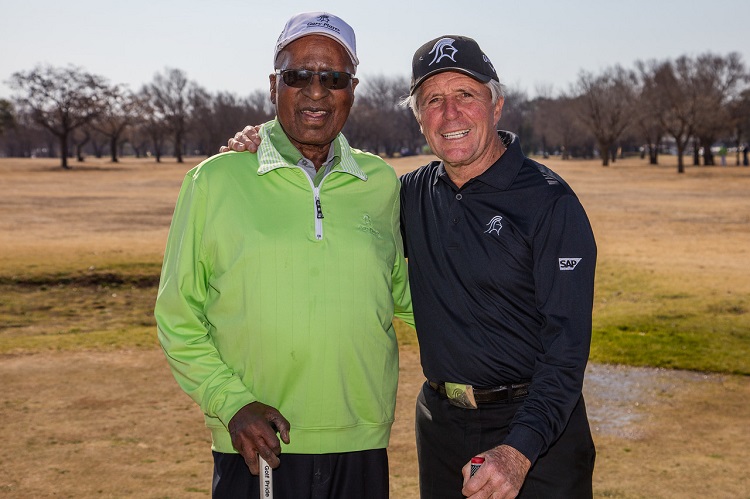 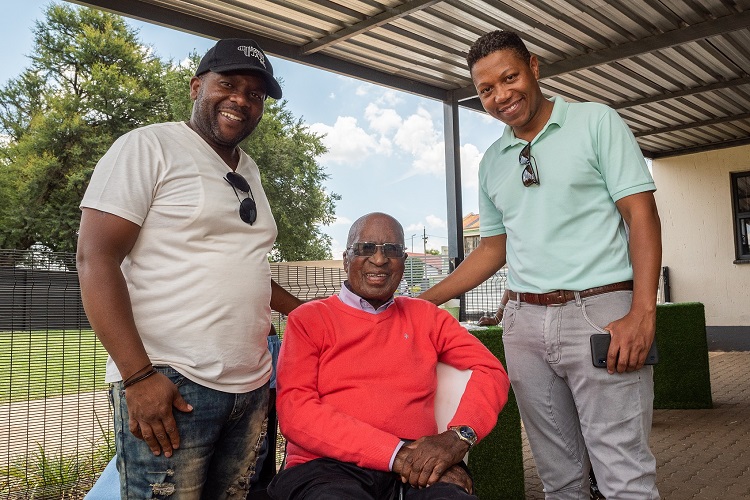 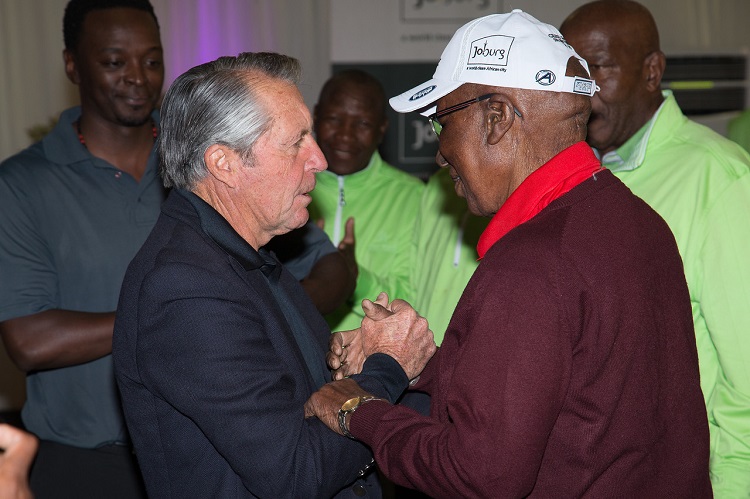 Veteran Struggle icon Dr Andrew Mlangeni was this week transported back decades to the day when, while doing manual work as a political prisoner at Robben Island, he found three golf balls hidden among the overgrown grass that encircled the infamous prison.

Mlangeni, who was imprisoned alongside former president Nelson Mandela, spent 26 years and four months in the desolate prison, but the golf balls he found hidden away there that day many moons ago were a symbol of hope for him.

The 94-year-old was overwhelmed with a similar sense of disbelief on Monday when the South African Open, hosted by the City of Joburg, made a stop at the Soweto Country Club.

“Nobody ever dreamt that one day we’d play the SA Open pro-am in Soweto, and on a golf course belonging to the people of Soweto. When I saw this, I said to myself there is nothing we cannot do if we all have a common goal,” said Mlangeni, echoing the words of Springbok captain Siya Kolisi after the Rugby World Cup victory.

Mlangeni said during his incarceration the hope of working towards a better future sometimes appeared bleak for him. The sense of defeat even affected his deep love for the game of golf nurtured from his childhood in Soweto - until he found those three golf balls.

“One day we were working in a field picking out clumps of grass. Then I picked up three golf balls. I thought it was a dream. I worried about how I was going to get them into my cell because they would search us, and I needed those golf balls to remind me of the game. I couldn’t understand where the balls came from because the grass was so tall. But then, years later, when Tokyo Sexwale was being interviewed by the media, he mentioned something about this nine-hole golf course on the island for the warders. Then I knew I hadn’t been dreaming when I found those golf balls,” he said.

Yet another dream-like situation presented itself on Monday as he watched another historic occasion in the transformation of the Soweto Country Club.

Mlangeni was there for that first conversation with Sunshine Tour commissioner Selwyn Nathan, who outlined his vision to the oldest surviving member of the Soweto Country Club to give the people of Soweto a golf course they can be proud of and which is good enough to host a major tournament.

With the support of original course designer Gary Player, who upgraded the golf course at no cost, the Soweto Country Club has already hosted a Sunshine Ladies Tour professional tournament, and now the pro-am of a major international golf tournament. It is also home to a South African Golf Development Board (SAGDB) chapter named after Mlangeni.

When former President Nelson Mandela said he was willing to die for freedom in South Africa during his famous speech at the Rivonia trial on April ...
News
3 years ago

The upgrading efforts and slew of events and developments that are in the pipeline appear to reflect the Sunshine Tour’s core statement that #Gr8nessBeginsHere – whether it’s the greatness of a future major champion emerging from this tour, or the greatness of what has taken place at the Soweto Country Club.

Mlangeni reckons the development also represents the greatness in the potential of South Africa.

“If we don’t work together, we won’t be successful. So, to the people who want to leave South Africa, I would say please learn from those who left and came back. Come back home. This country belongs to all of us who are South African. Let’s build it together.”

And it’s given him renewed hope that at the age of 94 and still recovering from several serious health setbacks, he will again play golf on these fairways.

“I’m losing my eyesight and my hearing has also been affected. The doctors told me I need to remember I’m 94 and not a young man anymore. Then I had an issue with my leg. I said to myself 'when my leg heals, I want to play again'. But I am worried about my eyesight. My brother-in-law said to me, ‘Don’t worry. Practice just a little bit every day and don’t worry. Remember, bietjie bietjie maak baie [little by little becomes a lot]. Keep on practising every day’. So that’s what I’ll do. I’m really hopeful I will play golf again.”

Mlangeni held on to the once-stray balls and when he was released from prison, he took them straight to the Soweto Country Club and used them to play his first round of golf as a free man.

It is his hope that they convey the same hope to the hopeless of Soweto that they did for him.

Injecting a dose of the future into present

THE time to inject a dose of the future has dawned. We have spoken before on Afcon 2013 and we listened to the cries of our cities and our people.The ...
Sport
9 years ago

Meshack Motloung Meshack MotloungMembers of parliament Andrew Mlangeni and Bantu Holomisa will be among top golfers who will contest the yearly B3 ...
News
14 years ago
Next Article