Inga Gubeka, founder and creative director of Inga Atelier, is enthusiastic about the love his luxury leather bags have received from South African celebrities.

The 2016 Forbes's Top 30 Africans Under 30 recipient defined his brand as a fusion of African luxury and Scandinavian design elements.

Since stepping into the industry in 2017, the boy from a small town of Engqeleni in the Eastern Cape described his journey in the manufacturing industry as a steady yet upward trajectory, especially after his viral tweet that saw his new line in 2019 being sold out.

“I’ve always had a desire to make luxury goods, especially during my time when I was studying Industrial Design at the Cape Peninsula University of Technology,” he explains.

“The idea behind Inga Atelier stems from the question I had about the gap in the market for luxury locally-made leather bags in South Africa.

“As a country, what I’ve noticed... we have a large appetite for luxury but we lack in the supply. Much like the Italians have Fendi, Gucci and Louis Vuitton, I thought to myself that South Africa and Africa at large can have something that’s our own, an iconic leather goods brand.” 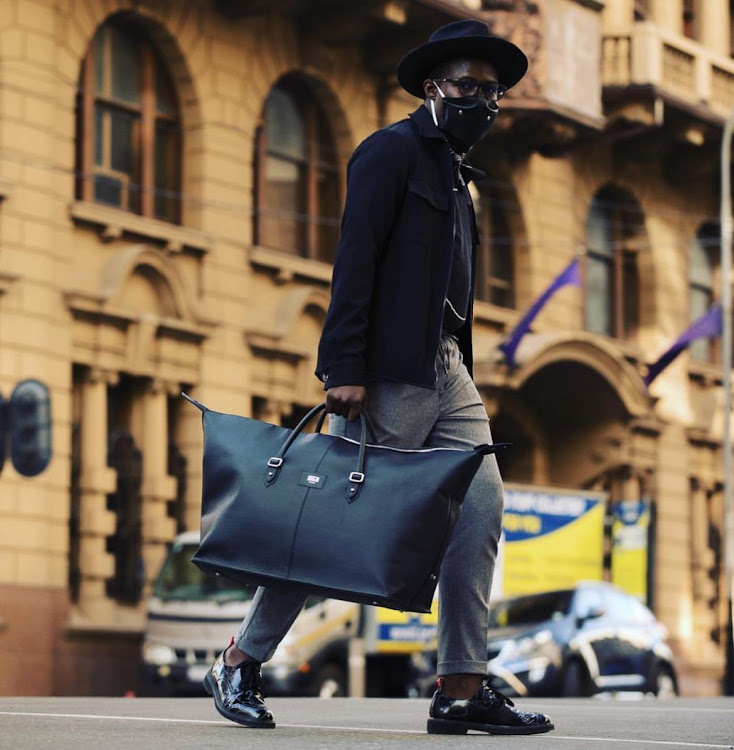 The 33-year-old Johannesburg-based entrepreneur adds that although he has seen much success with his luxury brand, he has noticed that South Africans may have the love for luxury but would rather buy a heritage/traditional brand over one they hardly know.

“My main clientele is from Europe and America… what I’ve noticed is that South Africans buy into something that validates that they have ‘arrived’ to a certain bracket in society hence they choose brands like Gucci and Louis which are more popular, rather than an Inga brand that is of the same quality.

“In other countries, luxury is defined different from what other markets define it. A person would have five bags from the same brand and soon find themselves yearning for something new and different. Meanwhile in SA, a person would buy one or two local bags/products and then continue purchasing more goods from the popular brands,” he says.

While his bags range from 5,000 to 11,000 as his most expensive bags, Gubeka explains that affordability was at the core of his service and uncompromising the quality. “Being backed up by local names validates that we are on the right track. It always surprises me when I get tagged in posts where a celebrity is spotted with one of our bags.”

On average, Gubeka spends about five hours to craft one of his bags which he designs himself, stitches and is later assembled by hand by his team. He then adds the final touch which is a customised scent that’s specific to an Inga Atelier bag.

“We want our customers to get that nostalgic experience when purchasing our bags, we want their smell to remind them of the feeling they had when they first touched our bags and supporting a local brand.”

The most awkward moment at this year’s Durban July that you missed at home was when estranged couple Somizi Mhlongo and Mohale Motaung somewhat ...
S Mag
1 month ago

The expectant-mom-to-be hopes her son will grow up to be a man who follows his passion like his mother.
S Mag
1 month ago

Teen walking in the footsteps of elder famous brother Denetric.
S Mag
1 month ago
Next Article