Teen walking in the footsteps of elder famous brother Denetric 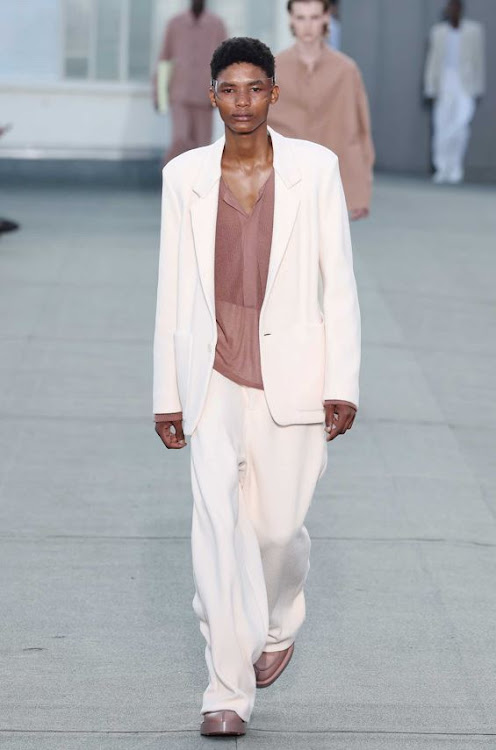 At just 17, novice SA model Lebo Malope is shaking international runways as the breakout star of this season.

He is literally walking in the footsteps of his famous brother Denetric, whose star continues to shine after strutting the runway for Prada and Dolce & Gabbana last year.

In between rides in the metro (subway) for castings, coffee and croissant, the madness and rush of Paris Fashion Week is in full swing. It is almost impossible to pin down the young South African every fashion house is buzzing about.

Lebo, a grade 10 pupil at Nellmapius Secondary School in Pretoria, opened the show for Zegna as Milan Fashion Week closed on Monday. SMag can exclusively reveal that today he is expected to dazzle at Louis Vuitton. He is also optioned for the Dior show tomorrow .

If ever there was an ideal debut for a model on the international stage, this is it. He has age on his side as well as the energy to take on the viciously competitive modelling world head-on. He is at the precipice of something big and the world is ready for him.

Denetric tells me that he has been playing the role of big brother and mentor for him.

“When I realised his beauty and potential, I knew we had to find something suitable and comfortable for him to do. He has taken to it like a natural, it’s like when you know that something is meant for you and it all falls into place perfectly,” Denetric says.

In addition to Zegna, Lebo walked for Fendi, JW Anderson and Alyxis Studio at Milan Fashion Week. Denetric joined him at Fendi, and also walked for Marcelo Burlon.

“It has been great to mentor and guide him. I speak to him about his goals and I try so hard not to put him under pressure. I let him be and allow him space to experience things and I share my advice because I’ve been doing this for much longer,” says Denetric. 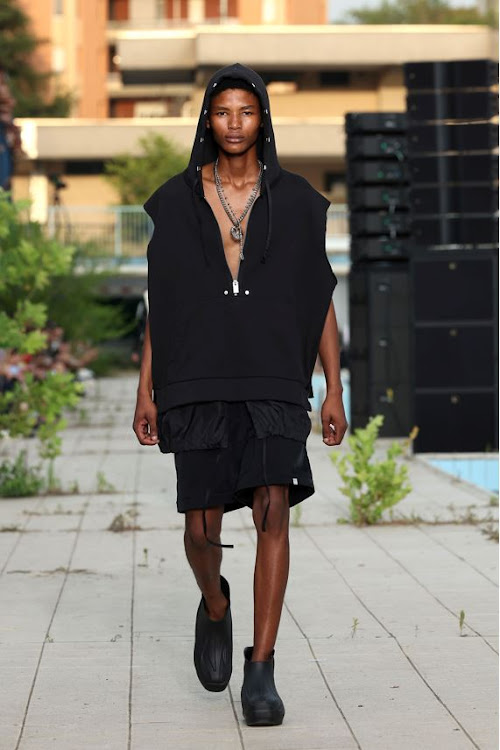 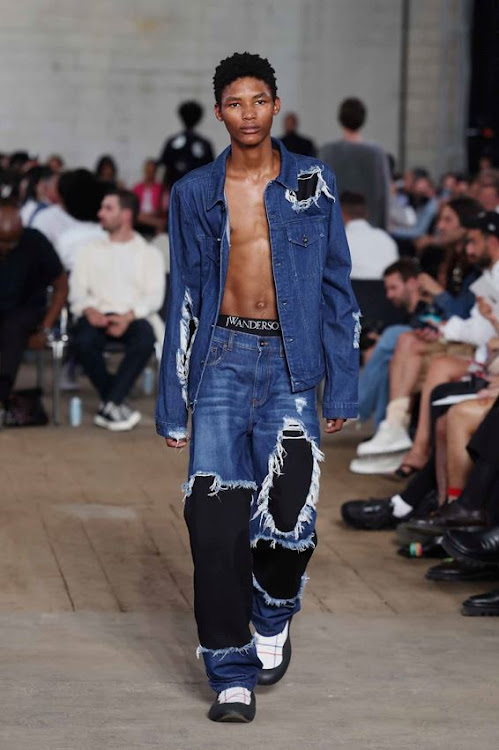 Lebo, on the other hand, is still shy under the glare of media attention. A week ago, he was just an ordinary grade 10 pupil visiting his big brother in the City of Love to celebrate his birthday. So it comes as no surprise when he declines to comment on his newfound stardom when I reach out to him, saying he’s not ready yet.

"Beauty is something I was born with, but I guess designers also like my personality and energy. I’m a feminine boy and that is big in the industry right now considering that we must all be visible and feel acknowledged,” he reflects.

Denetric holds a National Diploma in Fashion Design and Technology from Tshwane University of Technology (TUT), but instead of making clothes, he is wearing them. He picked up modelling along the way at TUT when photography students offered to shoot him. In 2019 he began his journey as a model at Africa Fashion International Fashion Week.

The world woke up to his talents in the midst of the pandemic and he was all the rage last year. Looking at this season, Denetric admits that things are different this time around.

“It’s very different. Of course, I’m established and known now so it’s a bit tough. When you’re a new face, like Lebo, everybody wants to know you and is curious about what you have to offer. But I’ve had some great assignments…” Denetric says. 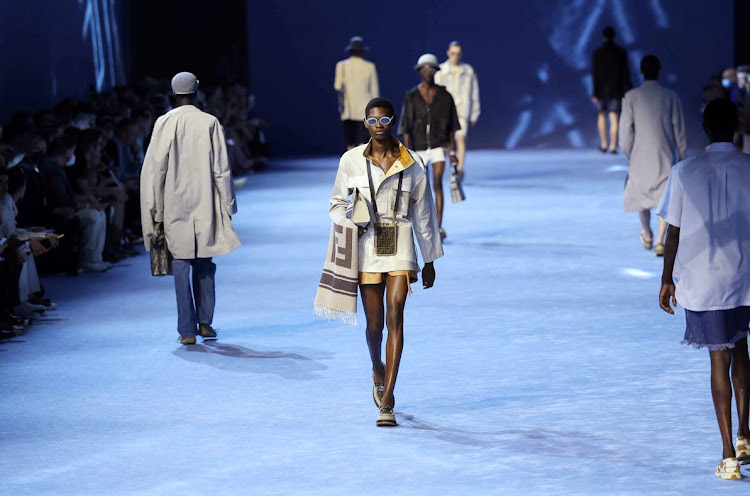 He went to Germany to shoot for online retailer Zalando, shot for 10 magazines in London including Men’s Uno Hong Kong and Luncheon. In Milan, he did a look-book for Stone Island, a fitting for Zegna spring-summer collection and three more magazines.

“Everybody has adjusted well. There is hope in the air. When I did Prada last year there was no live show, it was pre-recorded. Now we are back to live shows, there is a lot of competition, a lot of models. The designers are inspired and lively, it’s a great place to be in,” Denetric says

To stay ahead of the pack, Denetric relies on prayer and meditation. He also invests time in the mirror to prepare his face, his greatest asset. He also turns to words of affirmation and a call to his mother.

“It may all look glamorous but this takes a lot out of you, it’s not easy. For the 50 models you may see on the runway there were about 3,000 fighting for that spot, so it gets draining.

"But I know that I’m beautiful even when I’m compared with many other beautiful people from other countries. I also deal better with rejection now, especially when it comes to big projects, when I don’t get it Lebo gets it, it’s still a win for us,” he says. 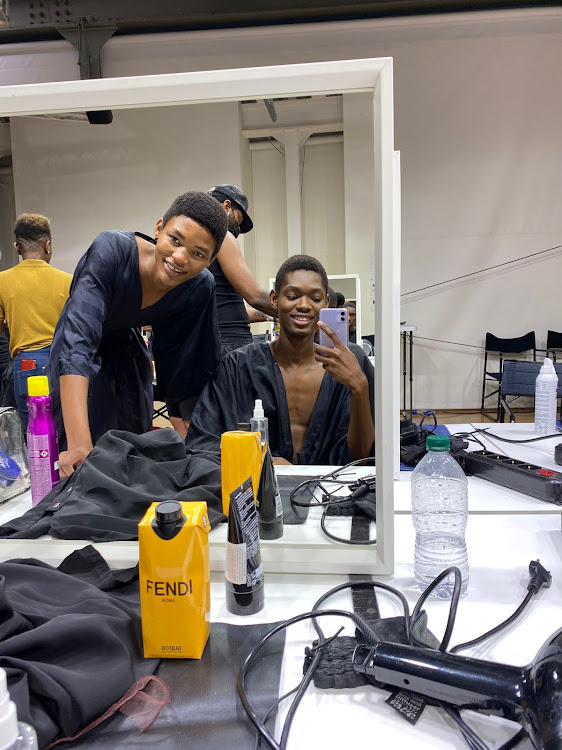 Lebo and Denetric Malope at the Fendi show in Milan.
Image: Supplied.

Runway star is on books of big Italian luxury brands in Europe.
S Mag
8 months ago

Pamela Mtanga refuses to be average and her latest award is testament to this.
S Mag
6 days ago

Doowap is also embarking on a global tour that will see her play in Ibiza, Paris and New York.
S Mag
1 week ago

Nigerian duo of Sarz and Lojay want to work with Daliwonga.
S Mag
1 week ago

Uncle Waffles has stressed the importance of having a trusted team, which she credits as the secret behind her stardom.
S Mag
1 week ago

Nandi Madida has revealed that her husband Zakes Bantwini wrote the lyrics to smash hit Osama as an ode to their autistic daughter Nefertiti.
S Mag
1 week ago
Next Article