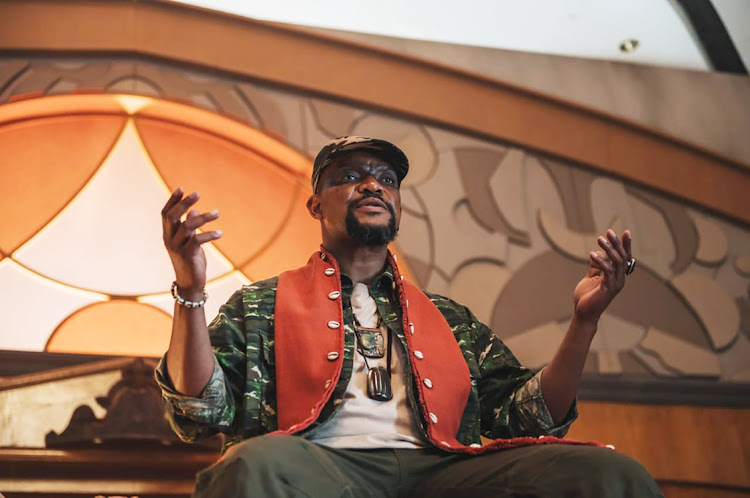 Hlomla Dandala in the role of a freedom fighter in “Justice Served”, on Netflix. A far cry from his usual portrayals.
Image: Netflix

Hlomla Dandala has stood the test of time as local television's original heartthrob from Isidingo to Jacob's Cross and The River.

With a career that spans over 30 years in front of the camera, Dandala has had many ups and downs, but his greatest lesson has been realising that he is not untouchable. Being the object of many television viewers's affection, unsurprisingly came with a heightened interest in his personal life and so the racy tabloid headlines haunted Dandala.

“I’ve learnt to never believe the hype because the second you do, you’re in danger. People can easily tear you down faster than you were lifted up,” the 47-year-old actor cautions.

“I remember being pulled off the pedestal quite hard numerous times. I would often be written about in tabloids and had negative stories spread around about me for reasons I don’t even know. That on its own hindered my ability to feed myself and my family… I must say that was a very long and dark period in my career.” 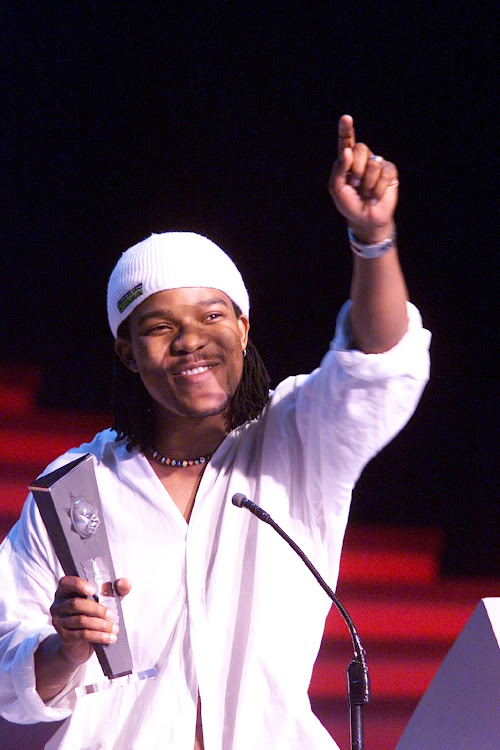 Hlomla Dandala with his Best actor of the Year Award at the Dukuduku awards.
Image: Simon Mathebula

The evolution of Dandala has seen him being the go-to leading man for many local productions. Some of his most recognisable roles include his breakout role of Derek Nyathi introduced in mining soapie Isidingo in 1998. Then there was the titular role of Jacob Makhubu in Jacob's Cross. His heartbreaker role playing philandering Siseko Langa in daily drama Scandal! ended in tears for the character. Then viewers were introduced to Commissioner Zweli Dikana in telenovela The River.

“I started acting in 1988. I always knew I wanted to be on camera and fame was the least of my interests. Having consistent acting gigs has been on top of my list since the very beginning. The character of Derek Nyathi actually changed my whole life. I went from being a normal actor to later being seen as one of the famous faces on television," he remembers.

“However, the role of Jacob Makhubu on Jacob’s Cross introduced me to the continent. Zweli on the other hand has been considered by a certain group of people as a manifestation of what and who South African men should be. He is very soft, loving and supportive. Black men have been under the spotlight lately for not so many good things, so a character like Zweli is one a few wishes existed.”

But don't forget that once upon a time he played Cupid as the host of reality TV series All You Need Is Love. His social media presence in recent years has also often landed him in hot water.

“The biggest misconception about me is that certain things I say are taken in a different light or misunderstood," he explains. 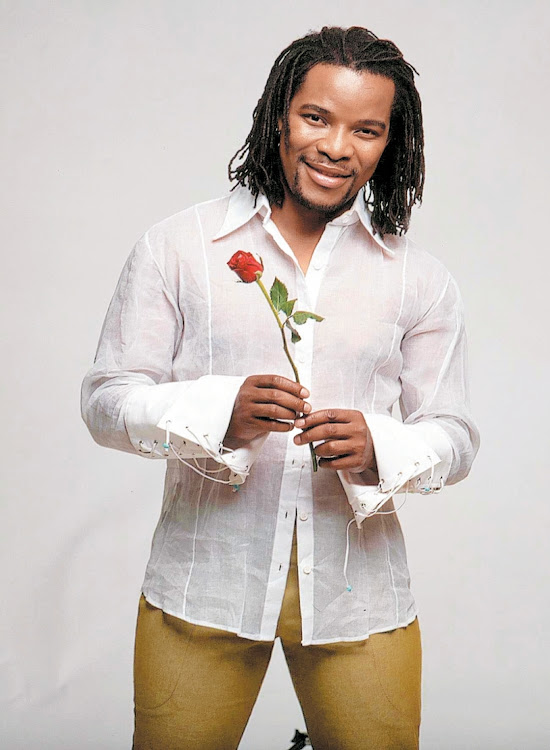 Dandala playing cupid on All you Need is Love.
Image: SUPPLIED

"I’d ask a question and somehow that would become a trending topic where people would say: ‘Hlomla hates women’ or ‘Hlomla speaks against single parent homes’ or ‘Hlomla hates illegal African immigrants'. A lot of the time it takes too much effort to explain what I meant or wanted to say.

“By then, people are hurt or don’t even want to hear what you have to say. So, often I tread carefully with how I structure things.”

Away from the cameras, Dandala's greatest gift has been being a proud father to his five children. He always strives to be as present as possible and a loving partner that loves to his best ability. He considers fatherhood to have been one of the grounding aspects that helped him remain firm and steadfast on his goals.

“I am a better person because of my kids. They bring meaning to what I do every day and are my motivation to never stop doing what I do," he says.

Dandala is taking on a different role in new Netflix action thriller Justice Served, which he says he drew inspiration for his character from Julius Malema and Che Guevara.

“I play freedom fighter and military veteran Azania Maqoma, who’s the leader of the Nomore tribe who’s very fearless and is all about justice. The Nomore are a freedom-fighting group that tend to be misunderstood as terrorists. Azania comes from the olden version of what SA used to be… he then takes an executive decision to bring justice to the country," he shares.

“Playing the role of Azania was very challenging... yet quite thrilling. Normally, as an actor you’re given the role of the dad or the cheating partner, so to play a character where you’re not 100 % sure how it’s going to turn out was a journey of discovery for me which was both frightening and exciting.

“I channelled all the freedom fighters who were aware of themselves and their cause in society.”

Willemse is now playing the role od Wendell in the second season of uBettina Wethu.
S Mag
2 weeks ago

World's her oyster for captivating actor.
S Mag
1 month ago
Next Article