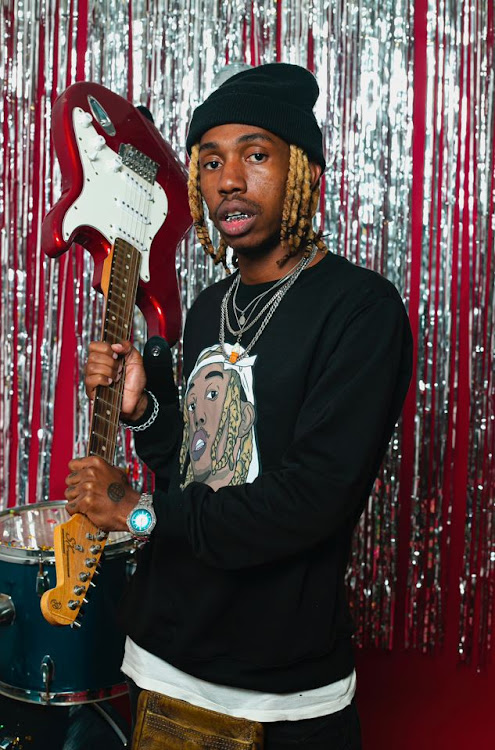 Rapper 25K has come a long way since the release of his 2018 hit Culture Vulture.

The hip-hop artist from Atteridgeville, west of Pretoria, has dominated the airwaves with hits featuring AKA, Emtee, A-Reece, Boity Thulo and many more.

Real name Lehlogonolo Molefe, he is solidifying his footprint going from winning an SA Hip-Hop Award to getting the nod this year for the coveted best hip-hop album for his debut studio album Pheli Makaveli at the SA Music Awards (Samas). He is competing against Kid X, A-Reece, Emtee and Blxckie on August 28.

“The past four years have been too good to me. I’ve learnt a lot along the way in terms of the music business and how to capitalise on my brand. Winning the biggest song of the year at the 2019 South African Hip-Hop Awards for my first single meant I was on the right track in terms of what I’m meant to do with my life,” he says.

While 25K had amassed a huge following for his Mzansi take on trap music, having to finally put out a full length album has been a career highlight. He says he had to decide on the right sound, producers, collaborations and energy for his offering

“The headspace that I was in making Pheli Makaveli was to make my album stand the test of time. I mainly focus on longevity when it comes to my music career,” he says.

“The name of the album was initiated by my producer Zoocci Coke Dope because he believed I was the Makaveli (alias for Tupac Shakur) of Pheli ( Atteridgeville). And because I was highly influenced by Tupac Shakur and the West Coast gang growing up, Zoocci felt it fit that we have that as the album’s name. 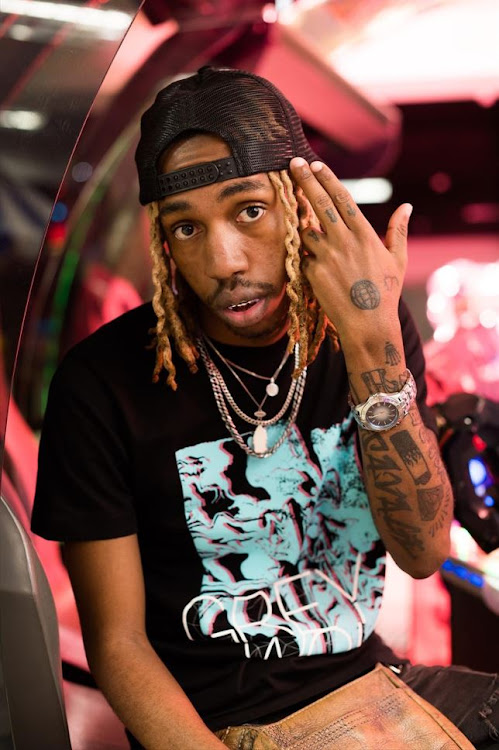 “I resonate with Blarofornia, which is track two on my album because I was in a different mood and felt the vibe of Pheli run through me. I make music for the people in the hood, people who have been through tough times.”

While his trap sound was quite unique when he first broke out, 25K recalls looking up to the likes of Emtee for inspiration but it was DJ Maphorisa who was the first to show him love in 2019. So much so that one-half of the Scorpion Kings opened his home to the rapper.

“When I started out in the industry many people gave me props for my hit song but Maphorisa was the first to make me feel and see how proud he is of me. He opened up his studio to me when I was fresh on the scene, so I would like to pay his kind gesture forward by collaborating with him on a song but I want it to be my idea first," he says.

“I would like to do something that the country and the world at large have never seen him do. Him being a versatile producer I know he will kill the trap song that I have in mind.”

Three all-time favourite movies: Catch Me If You Can, The Godfather and Paid In Full.

25K’s unique skillset and street cred have given him a different edge to his peers. Even as a child he remembers being quite weird and odd yet immensely creative. Even though he stood out because of his special artistic talent, the 27-year-old also used to dance pantsula which he learnt from the culture of his hood.

“I was able to balance the best of both worlds. I lived in a hood that had pantsulas and hip-hop fanatics. Being around such people helped me to be able to merge the two, one through dancing and the other through rapping," he says.

“That’s why I am able to rap in my mother tongue so effortlessly and not that much in English because that’s not who I am hence I can’t market myself as such a rapper.”

In the intro of his album, Pheli Makaveli states, “Contact list yaka e botlhoko, as’net a ke dronke ke fame”, in essence insinuating that no matter how big his circle may be in the hip-hop fraternity, fame is something he doesn’t suffer from. 25K says he’ll always keep his head down no matter the upward trajectory of his career.

“I believe my sound sparked a new wave of sound in the South African music landscape because for the longest time the OGs pushed the same type of sound. Going forward I plan to put out nothing but quality music," he says.

“Songs such as Hustler’s Prayer featuring A-Reece and Self Made featuring Emtee are just a snippet of what is yet to come from me."

Tladi died in Johannesburg in the early hours of Sunday morning.
S Mag
1 month ago

DJ to fight for gong with amapiano stars.
S Mag
1 month ago
Next Article