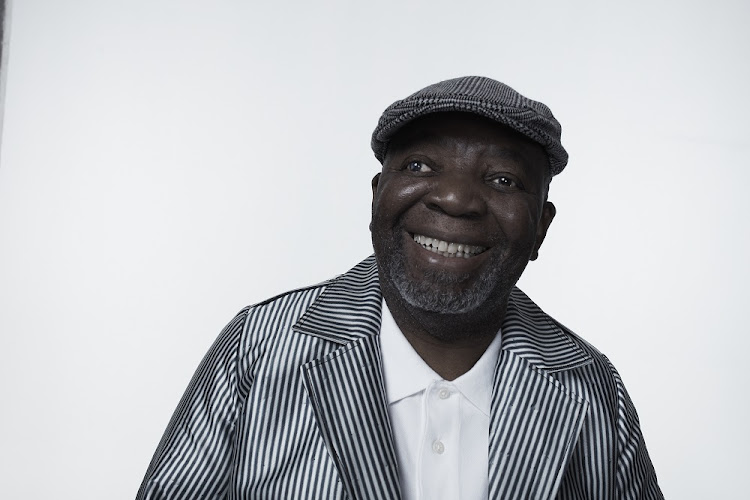 “You are lucky that I’m sharing this with you because I haven’t spoken about this sensitive journey publicly before — and had no intention to do so until this very moment,” says Dr Jerry Mofokeng wa Makhetha as we sit in the winter sun, taking in the last of its rays.

“Last year October I was diagnosed with prostate cancer and I only shared the shocking and devastating news with my family, close friends, and colleagues.” After his diagnosis the doctors ordered that he immediately undergo five weeks of radiation.

“Even though everyone around me was very worried about my health, I was not, because I am spiritually and mentally strong. During the weeks of treatment, he would start his day by undergoing radiation early in the morning, then rush off to work to do what he loves. “I was able to do this because when I’m on set, I feel no pain and looking forward to acting helped me cope with the gruelling radiation.”

This is not the first time that he has found healing through acting. He has also had surgery on his spine, which compromised some of his physical movements. “When I’m Jerry, my spine likes acting up but when I’m in character, I don’t feel pain and I can move freely”.

After five bouts of radiation and three weeks of recovery, Mofokeng wa Makhetha received the good news that he was in remission. Despite his upbeat demeanour, says it was not an easy battle for him to overcome. He says it was acting, together with western and herbal medication, that helped him. “I’m sharing this because I want people to believe they can be healed, especially because of the high Covid-19 infection rate. I don’t want people to give up.” 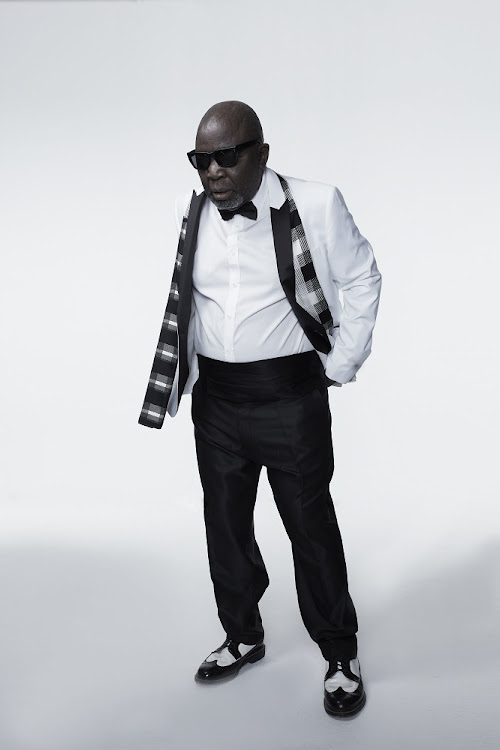 So captivating is his storytelling that, during our conversation, I keep forgetting to write notes. The veteran actor holds court with an ease that reflects his nearly 30 years as a successful actor. Luckily for me, every time he notices that I have stopped writing he softly says, “Hey, don’t forget to write this down.”

He strongly believes that acting saved his life and he is grateful to have been introduced to it when he was a teenager living in Orlando West, Soweto. He grew up next to Uncle Tom’s Hall where he watched plays directed by the late legendary playwright Gibson Kente.

“Even though I was inspired by Kente to become an actor, it was only after I saw the late Mary Twala acting in a play called Lifa that I connected with the art of acting.”

He explains that back in the ’80s he believed acting had to involve singing and dancing because he had only been exposed to Kente’s musicals.

Trying to convince his mother he wanted to be an actor was difficult because she thought all actors were drunkard womanisers — this was the stereotype back then.  However, he decided to start small by acting in community-theatre productions from 1975 to 1982 to get experience and to understand the industry.

In 1983, when he was 27 and married with one child, he enrolled at Wits School of Dramatic Arts to follow his dream and study acting. After he graduated he was awarded a scholarship to study towards a master’s degree in theatre directing at New York’s Columbia University.

A few months after moving to New York, his wife Claudine and children joined him. “My wife found a job as a nurse and she worked midnight shifts so that I could go to school during the day and look after the kids when she went to work.” These were hard times for them, but their love and support for each other kept them going strong.

“My wife and I are a strong team and I believe this is why we are celebrating our 40-year marriage anniversary this year.” When he completed his studies, they all moved back to South Africa in 1991, a tense time for the country.

When he landed his first TV acting role in 1994 as a killer in a movie called The Line, South Africans hated the scary villain he portrayed but fell in love with his acting. After that role, many doors opened up, and continued to do so over the years. He has acted in local and international award-winning movies, soapies, theatre plays, as well as working behind the scenes as a director. “I’m grateful to be doing what I love and getting celebrated while I’m still alive.” 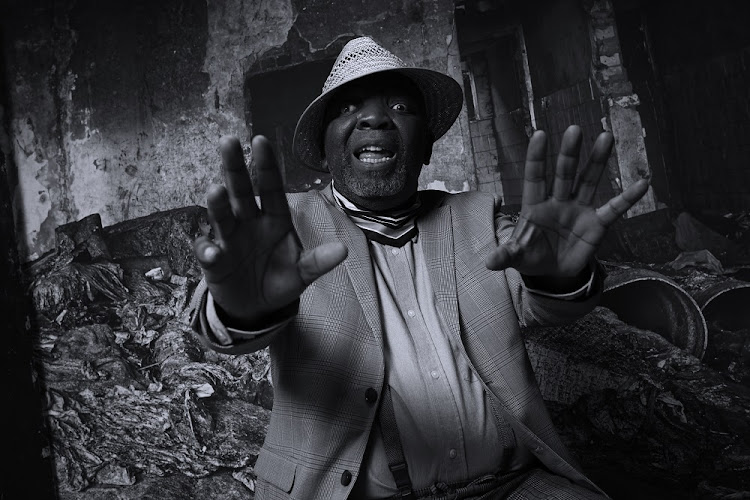 And the celebrations keep coming. The silver-screen legend actor has won four Golden Horns at the South African Film and Television Awards, including a lifetime achievement award in 2013. In 2018, the African Film Festival honoured him with its African Film Legend award and just last year, the University of the Free State awarded him an honorary doctorate in the humanities, making him Dr Jerry Mofokeng wa Makhetha.

Two films he has featured in premiered at this year’s Durban International Film Festival (Diff). This is Not a Burial, It’s a Resurrection has been picking up awards globally, including at the Sundance Film Festival. It is also one of the last films to star his acting inspiration, Mary Twala, before she passed away in July. “I’m excited about my character in this film because I play a prophet who sees the worlds of spirits. My other movie that premiered at Diff is titled Shaft 6.”

As we continue chatting, I can’t help but be awed by his full, storied life. Just before I get lost in his storytelling again, he jokingly reminds me to take down notes again . I quickly snap out of it and ask him what, after almost three decades in the industry, he still wants to achieve.

“I still want to direct a television series that will heal people, because my wife and I work as marriage and relationship counsellors. We have witnessed love stories that have not been told before and I would like to direct a series about these stories.” In 2015, he released a book titled In Love & Intimate detailing how he and his wife make their marriage work and how others can do the same. Living a purposeful life is important to him and he wants to use his life experiences to inspire others.

“People look at me and think that my life is easy because I’m a veteran actor but it’s not. I’ve had to overcome challenges that brought me to tears.” One of these challenges was finding his biological father at the age of 58, after what he says were years spent feeling incomplete. “When the truth was finally revealed to me, I couldn’t stop crying. I was relieved and happy to finally know who I really am”. He beams with joy when he talks about adding wa Makhetha to his name. “I urge families to tell children about their fathers, so they don’t have to go through what I went through.”

One of the guiding principles by which he lives his life is to do the right thing even when no one is watching. While I’m frantically writing down the wise words, he looks at me and laughs. “You can stop writing now, I have said everything that was in my heart.”