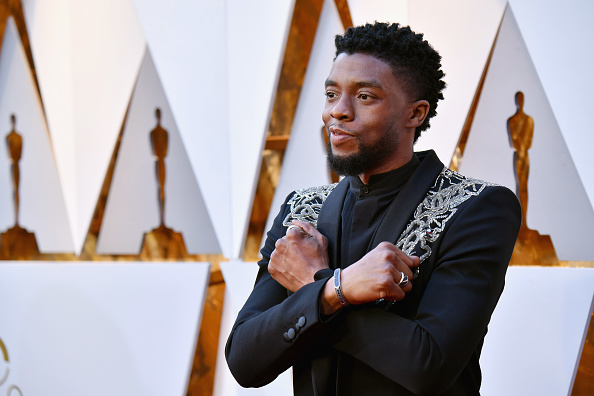 Fans of Chadwick Boseman are still reeling from the news of his death. The American actor passed away at his home in Los Angeles on Friday at the age of 43 after battling colon cancer for four years.

Boseman shot to the top of everyone’s radars when he played the role of T'Challa in the 2018 Marvel hit Black Panther that became the first comic book and superhero film to be nominated for Best Picture at the Academy Awards. The film went on to win three Oscars.

In honour of Boseman’s legacy, we’ve rounded up a list of seven things you might not have known about him.

Boseman was diagnosed with Stage III colon cancer in 2016. He never discussed his diagnosis in public and carried on filming big hits such as Black Panther, Avengers: Infinity War, Avengers: Endgame, 21 Bridges and Spike Lee’s Da 5 Bloods while undergoing treatment. Black Panther director Ryan Coogler was quoted as saying the actor “shielded his collaborators from his suffering”.

2. Boseman learned his Xhosa lines on set with John Kani when he first started shooting

Boseman advocated for the character of T’Challa to speak in an African language and accent so as to present the character as a true African king. He reported to have spent a lot of time working on this and making sure audiences would accept it.

In the early days of shooting scenes of Captain America: Civil War with South African legend John Kani he would learn his lines in Xhosa on the spot. His support for the language solidified the use of isiXhosa as the official language of Wakanda, the fictional African country in Black Panther.

3. He conducted intense research in order to portray T’Challa

Boseman undertook research trips to South Africa in preparation for his part in Black Panther. He also traced his ancestry and studied Masai warriors and African martial arts.

4. He trained and qualified as a director

Boseman studied to be a director at Howard University where he graduated with a Bachelor of Fine Arts in directing in 2000. He initially wanted to be a film writer and director and decided to study acting to learn how to relate to actors.

5. Denzel Washington paid for his education

One of his teachers and mentors, actress Phylicia Rashad, helped raise funds for Boseman and some of his classmates to attend a summer course at the British American Drama Academy in London.

One of the people who contributed to funding the students was Denzel Washington. After Boseman was cast in the role of T’Challa in Black Panther, Washington joked: “Wakanda forever, but where’s my money?”

6. He was a drama instructor early in his career

Boseman taught acting in the Schomburg Junior Scholars Program at the Schomburg Centre for Research in Black Culture in Harlem before moving to Los Angeles in 2008 to pursue a career in acting.

7. His big breakthrough came from portraying an African American icon

Boseman played small roles on TV shows such as ER and CSI: New York before getting recurring roles on Lincoln Heights and Persons Unknown. His big breakthrough came from playing baseball player Jackie Robinson, the first African American to play in Major League Baseball, in the 2013 film 42.

He later played soul legend James Brown on Get On Up in 2014 and civil rights lawyer Thurgood Marshall in the 2017 film Marshall. Boseman once commented that he wouldn’t have been ready for his role in Black Panther had he not played these three historical roles.

Mary Twala will always be remembered for her talent and contribution to Mzansi’s acting industry. In honour of a life well-lived, here are seven ...
S Mag
1 year ago

Here are a few interesting facts you might not have known about the Duchess of Sussex.
S Mag
2 years ago

We round up seven things you might not know about Rugby star Makazole Mapimpi.
S Mag
2 years ago
Next Article