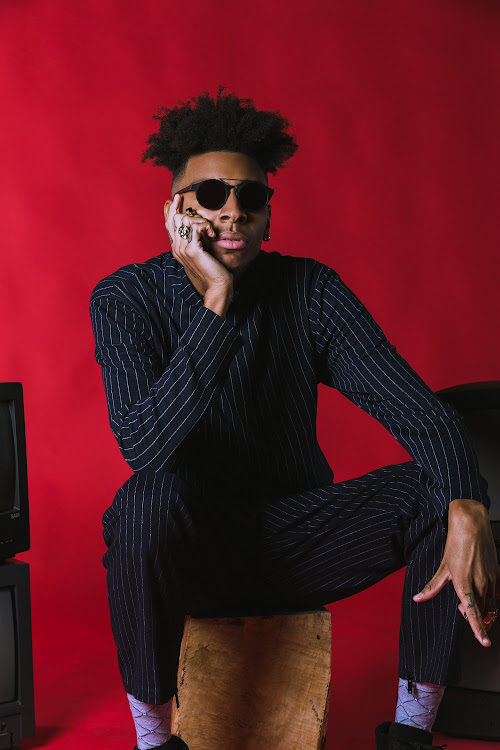 Micah Davis, popularly known as Masego, is a Jamaican-American musician who has become quite popular in South Africa.

His much sought after jazz, house and trap-flavoured music is nothing short of refreshing, and he has won the love of many since his 2017 record with FKJ titled Tadow. When he released his debut album Lady Lady in 2018, his fan base grew all the more.

The star plays a variety of instruments, including the saxophone, bass, drums, and even marimba. His love for all things music is evident in his musical approach, and his newly released single Veg Out is a true manifestation of musical genius.

We caught up with him to discuss his latest single, his creative process, and finding peace.

You have a new single called “Veg Out”. What message do you hope to convey through it?

That we just have to chill out sometimes and spend some time doing very little, and if you can find someone special to veg out with then hold them close!

How long had you been working on the single prior to its release?

Well, it was just an idea floating around a few months back when I was on tour. Once the Veg Out concept came to me, I knew this was it and I went to record it ASAP!

On “Veg Out”, you worked with various creatives including Shawn Butler and Daniel Foster. How did you find the experience of creating magic alongside these creatives?

Dan has been my brother for years now and it always feels natural working with him. But with their ideas, the two guys really brought this track to the next level.

Can fans expect a music video for the single anytime soon?

An official video would be nice. We’ll see once I get some more free time.

How would you describe your style of music?

Music that comes from the soul and is here to feed the soul.

Uzalo actor Nkanyiso Makhanya fills us in on fashion, his role and who inspires him.
S Mag
2 years ago

What is your songwriting process?

Most of the time, if not all the time, it all starts with a freestyle on a voice memo.

Name three artists that you view as a source of inspiration. In what ways have they inspired you?

Cab Calloway... he’s a legend. Jamie Foxx, especially back when he used to play keys and sing during his comedy sets! Lastly, my momma!

Who’s the one artist you’d like to collaborate with in the near future and why?

Victoria Monét. I feel like she and I would make a fire track!

Which of your songs is your favourite to perform and why?

My favourite song is whatever beat I make from scratch on stage. It’s always something different and sometimes it inspires new songs!

Accomplished kwaito trio TKZee will be honoured at the 25th Sama Awards. We’ve gathered 7 things you might not have known about the group.
S Mag
2 years ago

What do you do to calm your nerves before a show?

What would be a good theme song for your life?

What do you consider to be your greatest achievement thus far?

You have more than half a million followers on Instagram. What would they be surprised to find out about you?

I guess they’ll just have to wait and see!

If you had a superpower, what would it be?

To turn any object into a musical instrument. LOL.

If you were on death row, what would you pick as your last meal?

Give me all kinds of exotic fruit.

The best thing about playing musical instruments is…

My life without music would be…

What I value the most about music is…

Queen B is a role model to many young women who draw inspiration from her life and success. More importantly, there is also plenty to be learnt from ...
S Mag
2 years ago

An inside look: lives of the kids of Mzansi’s rich and famous

Celebs are in the limelight for being rich and famous, but some of their children have proven that the apple doesn't fall far from the tree. Here is ...
S Mag
2 years ago

We round up seven things you might not know about DJ Black Coffee.
S Mag
2 years ago
Next Article