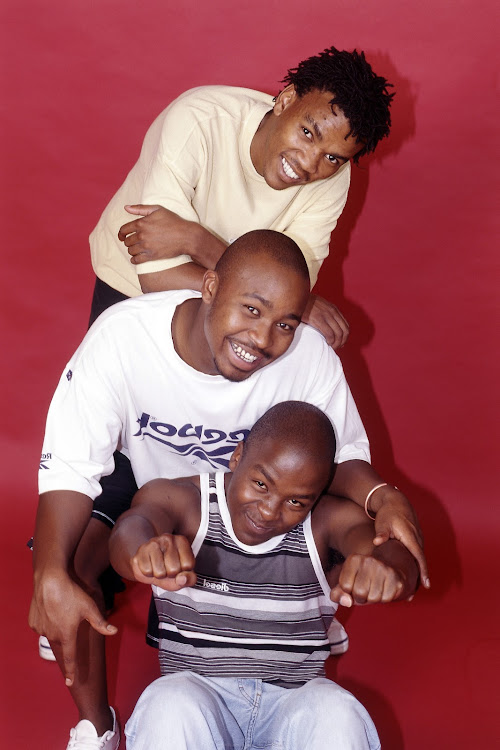 Kwaito group TKZee are lined up to receive a Lifetime Achievement Award at the 25th South African Music Awards on Saturday night.

On the record, Tshabalala announces the trio’s arrival by singing, “Sbu batshele ses’fikile!” (Sbu, tell them we’ve arrived). Their arrival was not only hard to ignore but is being honoured 22 years after that grand statement.

Here's what you might not have known about them.

In 1992, Bala won a scholarship to attend St Stithians College, where he befriended Mabelane who introduced him to Tshabalala. Four years later, they formed TKZee and, as they say, the rest is history.

The trio first secured the bag at a beach party in Durban, where Boom Shaka also performed.

3. Their single Shibobo was recorded in Amsterdam

Their record-breaking single, which features former Bafana Bafana player Benni McCarthy, was recorded in the Dutch capital Amsterdam during his tenure with Ajax Amsterdam.

4. Bala is the composer and musical supervisor of Tsotsi, the Musical

Bala has a talent for production, so it isn’t surprising the maestro worked in the adaptation of Athol Fugard’s novel Tsotsi for the musical.

5. Mabalane has participated in 11 Comrades Marathons

The fitness guru started training for the Comrades in 2005. Three years prior to that, Mabalane had booked himself into rehab. He has been drug and alcohol free for 17 years.

7. They performed Shibobo for Banyana Banyana

The trio performed Shibobo at Banyana Banyana’s send-off to a match against the US in May. Although the single was recorded with Bafana in mind, TKZee amended the lyrics for their performance to honour the South African women's football team.

Over the years, some celebs have gotten their outfits very wrong at the SAMAs
S Mag
3 years ago

Sengadi announced that she would receive the gong on behalf of the fallen star at the Samas which will be held at Sun City on Saturday.
News
3 years ago
Next Article