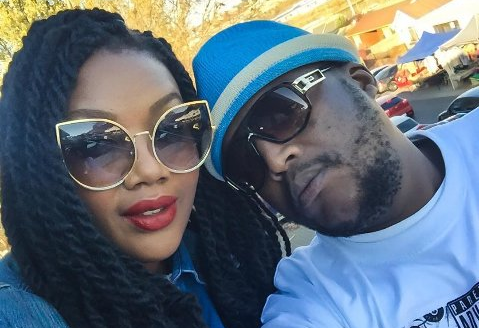 After the Supreme Court of Appeals' decision to dismiss a challenge to her status as Jabulani “HHP” Tsambo's customary wife, well-known publicist Lerato Sengadi has revealed her plans to keep her late husband's legacy alive.

The court last week dismissed an appeal by HHP's father, Robert Tsambo, against the 2018 South Gauteng High Court ruling that Lerato and Jabulani were married by customary law.

With a two-year legal battle behind her, Lerato told SowetanLIVE's sister publication TshisaLIVE she plans to keep Jabba's legacy alive by carrying the torch for both the SA hip-hop industry and the rapper's son, Leano.

“Motho has always been an innovator, a blueprint, a ground-breaker and a leader in the South African entertainment industry. Having worked together for a decade, I am well-quipped to carry that torch for him.

“Already I have been blessed to successfully make history by him being the youngest solo recipient of the Sama Lifetime Achievement Award, also making this award the first for SA hip-hop. That's just the beginning. I will keep this legacy alive for Leano too.”

Lerato said Jabba's son needed to see who and what his father meant to the SA hip-hop community.

“He needs to see and know what an outstanding and gifted human his father was. He changed so many lives, helped build so many careers. He put a province and a language on the map.

“He is an icon and legend. It is important for me to show this to Leano so he grows up knowing he is the son of a king.”

Lerato said she is relieved to finally be able to erect a tombstone for her husband.

Taking to Twitter, she said: “As soon as Covid-19 has passed I will finally be able to erect a tombstone for motho waka.

“The fact that he has been laying there like that, and I had been blocked from doing what he deserves, has been haunting me all this time. But God is no fool. I will FINALLY get to do the right thing.”

As soon as COVID has passed I will finally be able to erect a tombstone 4 Motho waka.The fact that he has been laying there like that & I had been blocked frm doing what he deserves has been haunting me all this time. Bt God is no fool. I will FINALLY get 2 do the right thing😭🙏🏾

The Supreme Court of Appeal has upheld a ruling by a lower court that found that the late rapper Jabulani 'HHP' Tsambo and Lerato Sengadi were ...
News
2 years ago