Limpopo born beekeeper talks to us about all things honey 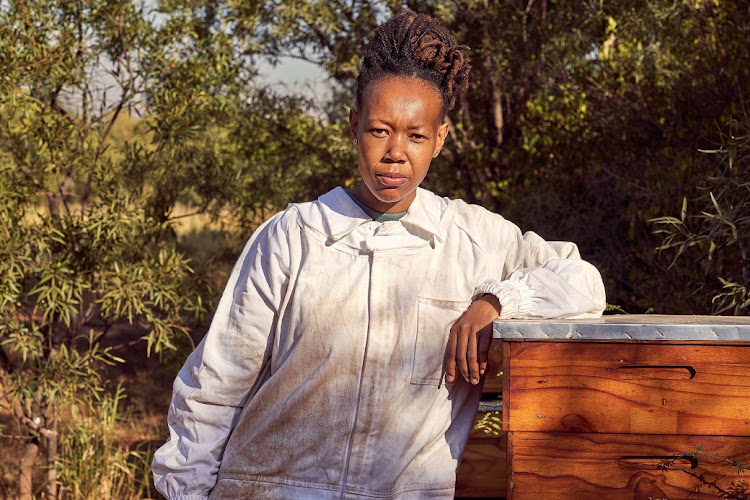 Beekeeper and owner of Native Nosi, Mokgadi Mabela, is all the buzz with her production and supply of pure, raw, locally made honey.
Image: Lesedi Mothogae

“The intention was never to be a beekeeper. I was always selling honey because my father was a beekeeper and honey was always available at home. When more and more people started needing honey from me, my father suggested that I get my own beehive in order to make my own honey. The rest is history,” says 32-year-old Mokgadi Mabela.

Mabela, a third-generation beekeeper from Polokwane, sells raw honey harvested from small rural farms across South Africa, which she believes makes her honey better than most brands found on supermarket shelves.

“I can tell you exactly where the honey in every pot comes from. With other processed honey, you can’t really tell its origins. It once was honey but all the good enzymes that make it honey have been removed,” she says.

The accolades support her claims. Native Nosi was selected as one of 15 young agripreneurs to join a learning programme to Israel and also won the Woolworths Farming Award in February.

“These are some of the victories that the company has been proud of, amongst many others.” But the business doesn’t come without its challenges. “Our challenges include farming without our own farm. We have to rely on other farmers to host our beehives, which isn’t ideal. We also need better resources like agri-processing facilities and bigger cars in order to package our products in a sterile and functional facility and transport our beehives with ease.”

With beekeeping being a niche industry, Mabela has found it can sometimes be lonely. “There aren’t many people like me doing it, so I have to figure out a lot of things on my own and have very few reference points.”

Despite all this, Mabela says her journey has been exciting. “It’s a groundbreaking business in a small and extremely traditional industry. “People have received me very well as a young, black female in a white-dominated industry.” She admits that she’s had much to learn about the business of honey and the enterprise of beekeeping, but word of mouth has been the biggest reason for the company’s growth.

Honey behaves and tastes differently depending on where it was harvested. “Sunflower
[orchard] honey crystallises quicker and has a
beautiful colour. Then you get avocado [orchard] honey. It’s deep black, but it’s beautiful… and it doesn’t crystallise,” says Mabela. Some honey bubbles and needs to be left to rest for a while after being harvested. Mabela’s favourite is a blend of honey harvested from beehives in sunflower fields and avocado orchards. “I like that blend because it is beautifully coloured honey that’s not overly sweet.”

This article first appeared in print in the Sowetan S Mag June 2019 edition.