Covid-19: The River on set, as Muvhango stalls 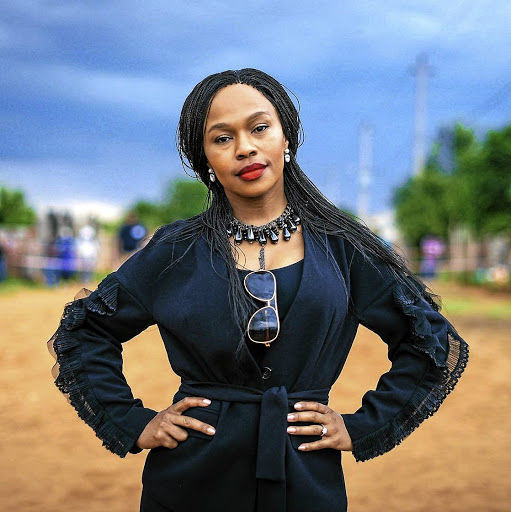 TV series The River has started filming again after shutting down production two weeks ago when a crew member tested positive for Covid-19.

But another drama series Muvhango also suffered the same fate yesterday after it was forced to halt production due to "the possibility of one of Word of Mouth Pictures employee being exposed to someone with Covid-19".

"We are prioritising safety of all staff members. We will be constantly monitoring the evolving situation and adapting our efforts and responses," said Muvhago producer Herbert Hadebe.

"We will continue working together with the SABC as we comply to Covid-19 measures."

"In line with observing SA's strict health protocols and regulations on the pandemic, the production house, Tshedza Pictures, closed the set as all who came into contact with the member went into self-isolation and availed themselves for testing," said Nomsa Philiso, director of local entertainment channels at M-Net.

"Further, the set was decontaminated during this period. As the cast and crew return from self-isolation, a set health evaluation has already been conducted and continued screening of all employees will occur.

"This is in addition to ensuring that social distancing is observed, masks are worn and that hands are constantly washed and sanitised.

"All the above measures are guided by and in alignment with national protocols on preventing the spread of the virus."

The recent production break will not affect the scheduled broadcast of new episodes for season three of The River currently airing on 1Magic.

SABC 1 soapie Skeem Saam shut down production on Friday after someone on the set came "into direct contact with a relative that has been tested positive for Covid-19".

"We are currently still on a production break starting last week Friday. I have no feedback regarding a resume just as yet," Mogola said.

"I can only [give] feedback once I have received final word from our production. At this point we are still safe and Episodes will not be affected."

The production break comes in the wake of actress Lesego Marakalla announcing that she's leaving her much-loved role of Rachel Kunutu after eight years - to focus on her studies full time.

"I will miss my Skeem Saam family dearly. I have been with the show for eight years and I have created some good friendships and memories," she said. "To all my fans, I really appreciate the love and support that you have given me since day one."

Last week Sowetan reported that a cheating storyline involving Marakalla's character garnered the show a viewership of over 9-million for the first time since its inception to make it the second most-watched TV show in SA after Uzalo.

The cast of Sarafina! - Where are they now and what are their thoughts on today's youth

“Freedom is coming tomorrow,” sang unflinching Leleti Khumalo with her clenched fist in the air in Sarafina – defining and giving voice to a buoyant ...
News
2 years ago

After only returning to the set a few weeks ago, the cast and crew of The River have been forced to stop production after a crew member tested ...
Pic of The Day
2 years ago
Next Article