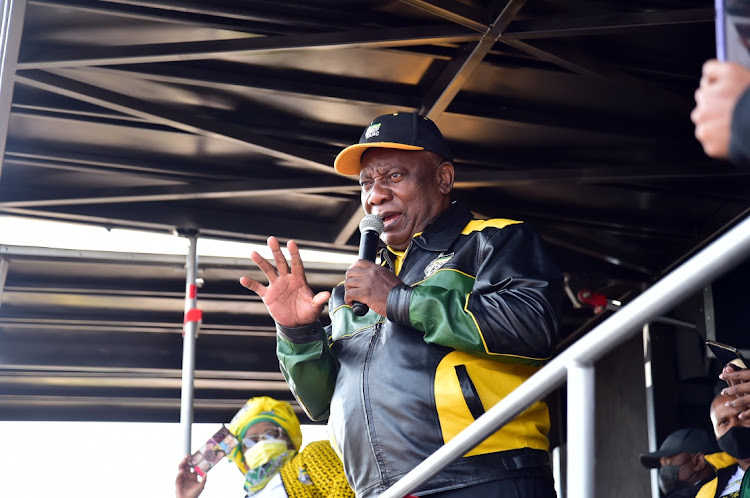 The ANC has been in power for 27 years. Its performance has been nothing but dismal. Local government is in total disarray. Service delivery is compromised. And comrades are concerned about eating rather than delivering.

In the North West, local government exists only in name. There is a municipal council that has two mayors, two municipal managers and two chief financial officers. They are all getting paid. And the ANC has done absolutely nothing to correct the situation.

In my township of Kagiso, there is a big pothole in Mehlomakhulu Street, a ward under the governing party. It has been there for more than two years. Fifty metres of the tar has been eroded. Every time it rains, the tar gets eroded further.

A few weeks ago, President Cyril Ramaphosa visited Tembisa on his campaign trail. Residents told him they have been without electricity for more than six months. Some of the elderly who are sick use machines to breathe. The lack of electricity exacerbates their conditions.

In KZN, residents told the president they had applied for government houses many moons ago, and are yet to get RDP houses. Instead, young children have been allocated RDP houses. Is that fair?

Clearly, the governing party has failed to deliver services to the downtrodden. Instead, it has worsened the conditions of the poor masses, which is contrary to what it promised. And voters are not happy at all about the governing ANC's poor service delivery.

The pertinent question is: how does the ANC come to the masses and say, "give us another opportunity and vote for us. When you vote us back into power, we will fix all the mess we've done". Really?

This shows that Ramaphosa's party does not care about the voters but about votes. There is nothing more it can do to improve the lives of the poor anymore. Instead, it will continue doing what it has done in the last 27 years of democracy.

When I decided to put my name forward to run for mayor of Ekurhuleni, it was not a decision that I had taken lightly. Being a resident of Ekurhuleni, ...
Opinion
3 days ago

In my previous article, “If SA parties were orchestras, they’d be so out of tune”, I underscored pillars sustaining successful orchestral ensembles. ...
Opinion
4 days ago

In his weekly newsletter, President Cyril Ramaphosa wrote: “When people are deprived of the basic services without proper explanation of why this has ...
Opinion
6 days ago
Next Article