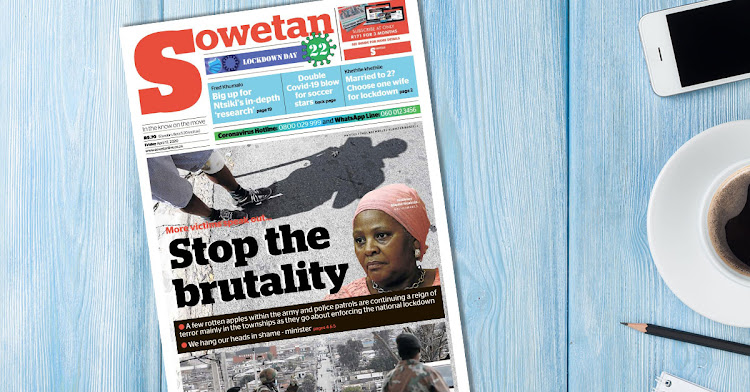 In April my colleague, Promise Marupeng, received a call from a community member in Delmas, Mpumalanga. The woman was inviting her to cover a march by the community against what they said was a history of poor management and the neglect of patients at Bernice Samuel Hospital.

The latest trigger was a case of a month-old baby whose arm had to be amputated after it was severely infected through a drip administered at the hospital.

The baby had been admitted for a tummy bug a few days before. Upon arrival, Marupeng found angry community members led by civil society formations to deliver a memorandum of grievances to the hospital leadership.

The claims in the memorandum were shocking.

It listed a number of former patients who had allegedly suffered, at times permanent damage, at the hands of hospital staff.

We reported the story of the day and then later began the hard slog of journalism.

We tracked down some of the people behind the claims of neglect to verify that indeed their stories were real. What we found was horrid.

One of the worst cases was that of a young woman who was admitted for a bladder infection, misdiagnosed with cervical cancer and her operation botched so badly that her bladder was punctured and she now has to make use of adult nappies for self-care.

Sowetan started out as a free-sheet publication to compete with a similar offering from another rival house.
News
4 months ago

State must play big role in sustainability of media

A report into ethical challenges facing South African journalism has recommended that funding from the public purse should play a greater role in ...
News
4 months ago

Although many of these cases had been reported to hospital management, their pleas had fallen on deaf ears.

This is a community largely removed from the public glare, where the concept of accountability for public officials is rare.

To the system, these were faceless people, discarded to the margins of society, hardly deserving of attention, let alone justice.

Following a series of stories published by this newspaper, authorities finally stepped in to investigate.

A number of staff members were suspended and commitments to serious intervention into the hospital and its capacity were made.

As promised to that community, we commit to tell their story and similarly those of many others across the country.

We are committed to elevating your voices, to affirming your right to better services as enshrined in the constitution and to helping  you pursue better opportunities for your development.

Why am I telling you this?

Well, I do so to illustrate the importance of public-interest journalism and in particular the role played by a platform like Sowetan in telling the stories of people who are otherwise unheard.

For 40 years this newspaper has consistently helped you navigate the complexities of our country, it has elevated the voices of those who are often marginalised, held power to account and affirmed our collective aspirations as a developing nation.

As editor, I have the privilege of working with fellow colleagues in our newsroom who are driven by values of social justice in their relentless pursuit of the story of our communities, at times under immensely difficult conditions.

They do so because they are invested in the mandate to promote a transparent society without which our democracy can never survive.

But none of this work can be done without the sustainability of this organisation.

Like many news platforms across the world, we have had to continuously assess our business model in order to adapt to our fast-evolving media industry.

Like many news platforms across the world, we have had to continuously assess our business model in order to adapt to our fast-evolving media industry.

This means ensuring that our revenue is able to sustain the growing demands of the work we have pledged to do for you.

It is for this reason that the Sowetan will introduce a paid subscription offering on our digital platform as of June 8.

Our website will carry a mix of content that includes articles accessible for free and those you will need to pay a small fee to access.

Our subscription offering will consist of mostly in-depth, quality journalism – including the work of our renowned regular columnists – all of which is exclusively generated on this platform to help you make informed decisions about your immediate world.

Our country faces a multitude of crises, many of which are due to poor leadership and decisions made at strategic positions of power.

Inequality is arguably the biggest threat to the constitutional order.

This, coupled with the rising threat of fake news and misinformation campaigns, places an even greater responsibility on us as journalists to give you credible information for you to engage with the world around you.

It compels us to be even more deliberate in exposing areas of life where injustices are often committed away from the public eye and equally to celebrate those in our society whose work contributes to building our nation.

To do this we must invest in the requisite resources and latest technologies to deliver quality, public-interest journalism.

Sowetan continues to stand tall as one of SA’s most iconic publications.

This is because of the loyalty you have shown us over the past four decades.

We therefore enter this new chapter of news publishing with gratitude for your support as well as an unwavering commitment to serve you, our reader, with integrity and fortitude.

Angry community members in Delmas have embarked on a march to the Bernice Samuel Hospital following a recent incident where a baby's arm had to be ...
News
2 months ago

Delmas community rises up against 'hospital of horrors'

For seven months Mandisa Mkhumbeni has had to rely on adult nappies after a botched operation that left her with a punctured bladder.
News
1 month ago

A Mpumalanga family went for days believing that their relative was recovering well at a hospital in Delmas, only to find her decomposed body in the ...
News
1 month ago
Next Article