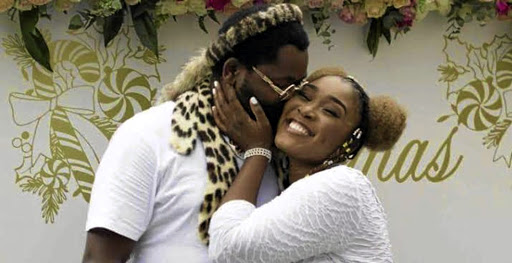 Some people look to happier moments between Sjava and Lady Zamar to draw conclusions. /supplied

The public debate over the charge of rape singer Lady Zamar registered against fellow musician Sjava has once again exposed society's unwillingness to unlearn toxic notions around rape and gender-based violence (GBV).

I think unwillingness is the correct term to use in this instance because women, activists and various organisations have for years tried to break down the finer details and holistic understanding on the intricacies and the sensitivities that one should have in mind when coming to all issues of GBV.

This has been done via panels, in churches, in marches and in shutdowns. But the same issues persist when a woman speaks out on being sexually violated; to this day they are questioned, ridiculed and painted as an obsessed, vengeful lover.

Lady Zamar's story has been questioned because the sequence of events does not make "sense" to some onlookers. Well, I am here to tell you that, it does not have to make sense to you and I. A rape occurring and people going on to date does not discredit the victim's survivor's initial violation.

Victims of any form of abuse go through numerous processes that can result in them choosing to stay in the relationship. It could be for economic reasons; it could be pure love and hoping your partner will change. How many of us have given our loved ones chances after they have wronged us? But somehow, we cannot empathise with Lady Zamar.

Like many victims who speak out, Lady Zamar has been painted as an obsessed, bitter ex-girlfriend. People have gone as far as leaking unrelated, nonsensical tapes of a conversation between the pair - a conversation that is about songs has somehow been linked to this case - and then we wonder why women do not speak out.

The DStv Mzansi Viewers' Choice Awards is still not ready to make an announcement on whether top nominee Sjava will participate in the awards ...
News
2 years ago

Often, when women tire (rightfully so) around making us understand abuse and rape, they will say something along the lines of, "wait till your mother, sister or daughter gets raped or beaten to a pulp and tell me if what she was wearing, what time she was walking or whether it was by her partner or are questions that will matter to you".

That sounds harsh to many people because it seems like a personal attack, but it is not.

I think this "harsh" but realistic fact that women present after countless attempts of trying to get men to see reason may be one effective measure because you see men take a step back and ponder.

But again, I am reminded of how many families have swept rape under the carpet to protect their beloved son, father, husband, uncle or pastor.

So, this begs me to wonder; realistically, does society ever offer women a chance for their plight to be heard? I think not. I accept the critique that says men shouldn't have to think of women as their possible sisters, mothers, aunts or nieces for them to be seen as not deserving of rape or abuse.

It is true, but in the desperate quest of understanding how we can make men understand the gravity of rape and all forms of GBV, I cannot help but search at the bottom of the barrel for possible solutions.

One thing that I do think is a great starting point, is teaching men the equality of women to them, for men to see women as humans.

It sounds a bit extreme for me to insinuate that men do not see women as humans; but is that not true when we have discussions around rape in a relationships or marriage and men state how their girlfriends or wives cannot deny them sex.

Is that not a sign that men think less of women? That romantic relations or ilobolo takes away a woman's agency and immediately relegates them to a "thing" that must do as told?

There are more convicted rapists than there are falsely made allegations of rape, but our focus is the latter. Is that not a total disregard of women and their plight?