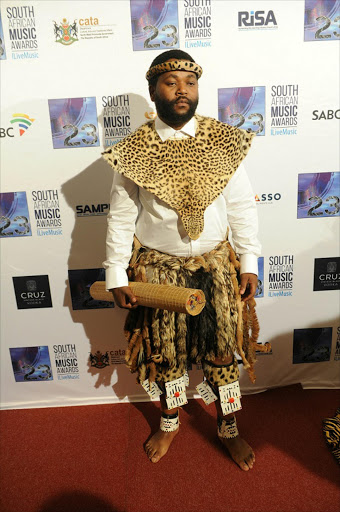 Another blow for award-winning musician Sjava as organisers of Miss Mpumalanga cancelled his performance for pageant's 2020 edition on April 18 in Mbombela.

In a statement, Mzimari Productions which organises the beauty pageant, said their decision was inspired by their stand against gender-based violence.

CEO Gugu Nyarenda on Friday also indicated that they have also written to the musician’s management to inform them about the cancellation of Sjava’s performance.

“In the event of the widely publicised allegations of rape charges being brought against the artist, Sjava, by Lady Zamar as alleged in national newspapers and television stations across the country and beyond, Mzimari Productions is obliged to issue an intent to cancel his performance at our event because of the seriousness of the allegations attached to the accusations.

"These allegations impede against our company objections which amongst others is to develop the girl-child educationally, socially, emotionally and it also espouses to protect them against perpetrators of the much avowed “blesser-blessee” relationships that have destroyed the future livelihoods of young women across the country and beyond,” said Nyarenda. 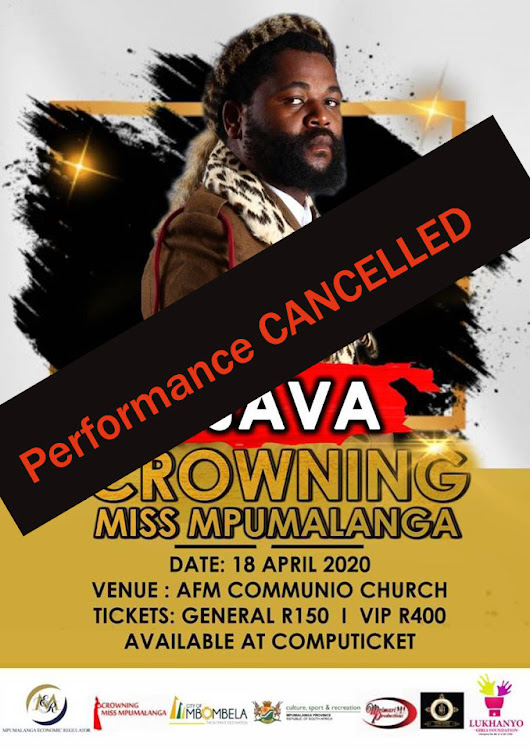 She said Mzimari Production did not seek to act as judges on the allegations leveled against Sjava.

"It is on those grounds that we, as a company, in association with MER, that we are not acting judgmentally on this matter pertaining the allegations leveled against artist, but we’re allowing justice to take its course, a matter which may take long beyond the scheduled performance, which is 18 April 2020, whereby, Sjava could absolve himself.”

EMR Nyarenda is referring to is the Mpumamanga Economic Regulator  who, together with the Mpumalanga provincial government, sponsor the Miss Mpumalanga pageant.

In a statement which Sowetan has seen, Mzimari have also asked for the refund of the performance fee from Sjava's management.

This is the third confirmed performance cancellation for the Umama hit-maker, following his removal from the Cape Town International Jazz Festival's playlist and later by Multichoice from its DStv Viewers’ Choice awards, both as a nominee and performer.