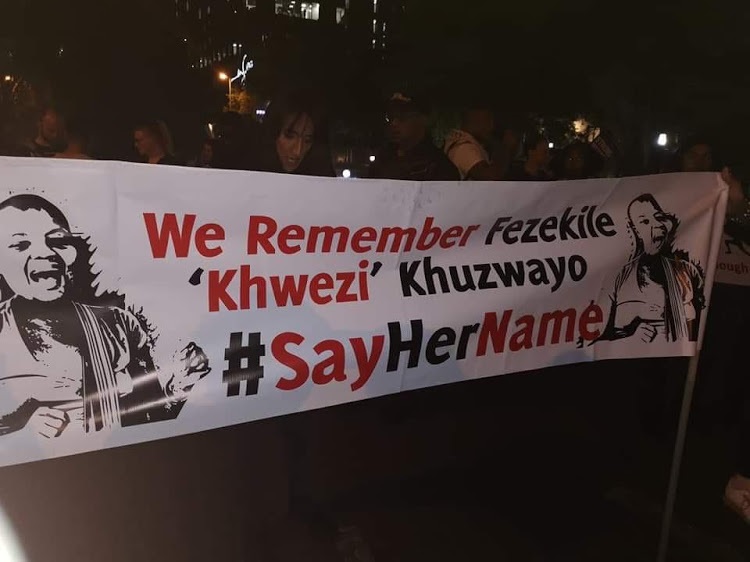 The problem with stamping out Gender Based Violence is not with legislation that is lacking or unclear, the problem is that those who are expected to implement those very same laws are failing to do so, the writer says.
Image: #TheTotalShutdown via Twitter SandtonShutdown

Gender-based violence (GBV) is a nightmare in SA, and the response by government is nothing other than more empty promises of action.

We have been recently told that President Cyril Ramaphosa called a parliamentary sitting for tomorrow to deliberate on how best to combat GBV that's out of control.

I cannot possibly celebrate this. My view is that we may very well have a proliferation of laws. The problem is not with legislation that is lacking or unclear, the problem is that those who are expected to implement those very same laws are failing to do so.

For instance, the Sexual Offences Act is excellent - the Act even provides a list of circumstances operating to vitiate consent. But do prosecutors and the police understand this, and fundamentally does the public at large understand this?

As indicated, I am not optimistic about the parliamentary sitting tomorrow; quite frankly, there has been enough talk. GBV needs a real budget and commitment from all the stakeholders. Government cannot do it alone.

As I watched the #sandtonshutdown protest against gender based-violence this past Friday, what stood out for me was hearing a specific repeated plea, ...
Opinion
2 years ago

Civil society needs funding and support. Promises must be condemned. Society should not be fooled by empty promises of action. Besides, these promises are old promises. We should ask ourselves as society why we are easily deceived.

Remember how over a year ago women marched to the Union Buildings on Women's Day demanding Ramaphosa's attention, and when he finally crawled out of the woodworks, alas, only because women had camped and were going nowhere, he accepted their memorandum and promised the women that action will be taken.

Ramaphosa seemed true to his word because in November 2018, he called a women's summit which was a grand public relations exercise. During that summit, he assured that women are being heard and promised that they will not be failed.

Almost a year after, women continue to face unimaginable violence.

But we citizens are patient. By January our president still had not given us a date when his so-called action plan against GBV would be launched. In January, I wrote that women are waiting with bated breath to finally hear of the president's action plan, and I had also hoped that the president would've included details of this "action plan" in his State of the Nation address. But he didn't.

The truth is that Ramaphosa seems not to care about women. The calamity of GBV is nothing new. Society should worry more than ever that even after so many years of GBV, government still has no tangible plan on GBV or solution to the same.

Ramaphosa may boast that he now has interim plan - a few weeks ago, he appointed a cabinet task team on GBV. I thought, what a wow!

We do not know what this task team aims to achieve, but what we know is that there is little commitment from our justice system cluster which is a complete failure. Shamila Batohi, where are you?

It's the second time I ask where our head of public prosecution is, because quite frankly, the NPA is part of the reason why rapists are roaming our streets.

Even President Cyril Ramaphosa's most enthusiastic adherents admit that his first 100 days in office in the current term were not that impressive.
Opinion
2 years ago