Action now, not debate on attacks 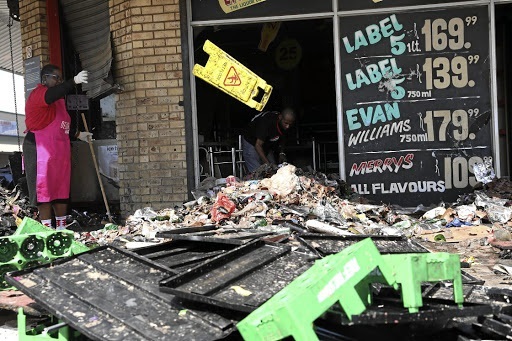 The reality is that there is a significant number of our citizens who are - and are engaging in acts of violence against those they deem foreign, the writer says.
Image: Thulani Mbele

Door-to-door they went knocking, demanding to see identity documents of those they considered too black and too different to belong.

It wasn't the 1960s and they were not the apartheid state's blackjacks, who were notorious for harassing Africans found in urban areas without dompasses.

It was Wednesday, September 11 2019, in a free SA and they were residents of an informal settlement in Tembisa, Ekurhuleni.

When occupants took too long to open, the mob kicked down the door, the same way the blackjacks used to do it during apartheid.

"Open this door," they shouted, "we want to see your ID."

In a similar manner in which the blackjacks and other sadistic servants of the apartheid regime used to see their mission as that of "flushing out" natives who were in white South Africa "without permits", this mob saw it as its right to kick-out local residents who were born from outside our borders.

The k-word of the apartheid-era is replaced by an equally derogatory k-word that they reserve for foreigners.

In other instances, they merely called anyone they suspect of being "foreign" Mshangane or Shangaan man.

If you did not have your ID with you, you were kicked out and your shack burned to the ground.

About 40 victims fled to a nearby police station, but the police didn't go to the informal settlement to protect those who were being attacked.

Many of the victims have lost everything they had.

There wasn't much looting as many of the victims were too poor to have anything that would be of interest to the mob.

Yet, there are those in our country who would have us believe that the wave of attacks we have experienced over the past three weeks are merely acts of crime and have nothing to do with the xenophobia, specifically the hatred of Africans from anywhere north of Limpopo.

South Africans are not xenophobic, we are told.

Well, indeed the majority aren't. But the reality is that there is a significant number of our citizens who are - and are engaging in acts of violence against those they deem foreign.

Instead of academic debates about whether the attacks are motivated by xenophobia or pure criminality, the state should be taking stern action against those committing these crimes.

It's time to take action against violence in SA

The attacks and looting currently happening in our country have highlighted the need for us to work together more than ever before.
Opinion
2 years ago

EFF leader Julius Malema recently spoke out against the wave of xenophobic attacks in the country, saying 'only a united Africa can resolve the ...
News
2 years ago
Next Article