Is Number One's inyanga or intelligence background keeping his enemies at bay? 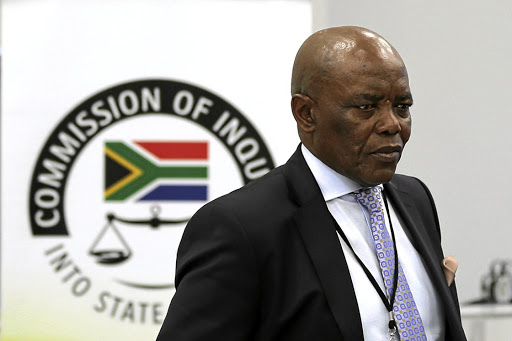 SA's ambassador to the Netherlands Bruce Koloane testifies at the state capture inquiry for the role he played in the Guptas' Waterkloof Air Force Base plane landing. /Thapelo Morebudi

Depending on who you speak to, the reason the former Number One (Jacob Zuma) survived so many scandals is the fact that as a former intelligence officer of the erstwhile liberation movement, he has "files" on former comrades and what they got up to in exile at the height of apartheid.

If these files were to be released, all hell would break loose - careers would end, and marriages torn asunder.

Another theory holds that the man has such a strong inyanga who plies him with potent umuthi that judicial officers simply go "ding-dong" whenever they have to deal with the man's legal woes, so much so that they are like headless chickens that can't think, and therefore cannot put a logical case against him.

But of course, this is a responsible newspaper which doesn't peddle ridiculous hocus pocus. We expect our readers to be intelligent enough to know that Msholozi continues to elude prison for the simple reason that the wheels of justice turn slowly. Umuthi? What a preposterous proposition!

Until the investigators involved in his numerous legal matters are done with their work, the man shall remain innocent. That is the rule of law in this country.

However, the rule of law cannot silence the aforementioned speculation - very popular when the man was still fighting pitched battles against Thabo Mbeki, the Scorpions and others.

Thanks to the baffling, confusing and somewhat ridiculous testimony of Bruce Koloane, who appeared before the commission of inquiry into state capture this week, the colourful theories about Msholozi's magical propensities have come back to the public domain.

To recap, Koloane, our current ambassador to the Netherlands, was head of state protocol in 2013. It was in this capacity that he authorised the flight clearance certificate for the landing of a plane, carrying 200 guests designed for the now historic Gupta wedding at Sun City resort.

When the story first broke out then, and Koloane admitted that the buck stopped with him in this matter of the landing which is in breach of national security, there was a sense that the man had become the fall guy; that he was protecting some people who were more powerful than him.

However, in a subsequent internal investigation, whose contents have since been declassified and were brought before the Zondo commission this week, Koloane was adamant the landing of the plane had been okayed by Number One and then defence and military veterans minister Nosiviwe Mapisa-Nqakula and transport minister Ben Martins.

Subsequent to that hearing, Koloane was given a final written warning, after which he was promoted to ambassadorship. The promotion gave credence to allegations that the landing had been authorised by Number One, after all.

It is now common cause that during Msholozi's tenure, the Gupta family had a lot of influence as to who got appointed to which strategic position in government and state enterprises.

However, after the release of the tapes in which he mentions Number One and the two ministers, Koloane suddenly changed his tune.

At the commission, Koloane said he had abused his power, dropped the names of the trio so as to put pressure on Waterkloof-based major Thabo Ntshisi and Col Christine Anderson to issue the contested flight clearance.

What has happened here? Has Koloane become the fall guy for the second time?

Oh, this pot of gravy is coming to a boiling point and we don't seem capable of controlling the heat. Should this curry pot explode, who should take responsibility?

It appears the man who finally approved the clearance of the Guptas' Waterkloof flight may have done so to land a government job.
News
2 years ago
Next Article