Zuma a liability to SA and his party 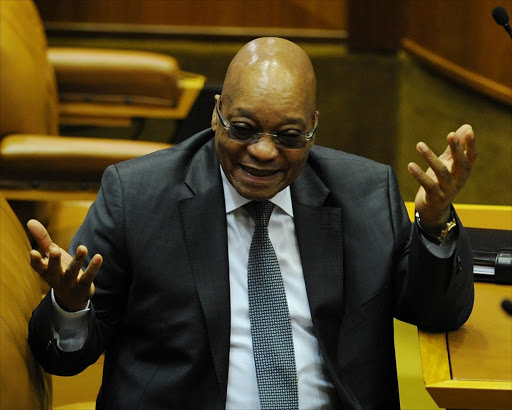 When President Jacob Zuma told delegates at the ANC's KwaZulu-Natal conference that he is not a liability to the governing party, I decided to believe him.

But in the same breath he said he believes the ANC comes first - before the country.

He explained that this was because the ANC is the only instrument that will make the country a better place for everyone.

His explanation and belief are a clear evidence of the arrogance of power that has overtaken Zuma's reasoning.

This arrogance did not escape public attention and scrutiny, and Zuma has been criticised for his ill-advised pledging of primary loyalty to his party above the nation.

The criticism is not that he cannot and should not love the ANC. Those criticising him are basing their sentiments on his oath of office in which he committed to "protect and promote the rights of all South Africans" including those that are not ANC members.

If the ANC comes before the country, is he really in a position to serve all South Africans without fear or favour?

Zuma seems to have completely missed the point. In a statement released on Monday, Zuma reiterated his erroneous position and defended the statements he made at the KwaZulu-Natal conference.

"I reiterate and reaffirm that the ANC comes first. It must come first to all members so that we can together build an ANC that can and will continue leading this country effectively and ensure that the dividends of peace and freedom are enjoyed by all, especially the poor.

"I shall continue using the ANC as an instrument of making my country a better place to live in for all its people - black and white, men and women, young and old," reads part of the statement.

That he would repeat these sentiments is evidence that Zuma, whether he knows it or not, is indeed a liability to the ANC and ultimately the country.

Zuma is the president of all South Africans regardless of who voted the ANC into power.

There is no morning when he will wake up as ANC president only. This throws Home Affairs Minister Malusi Gigaba's defence of the president following the KZN conference out the window.

Wherever he goes, either on ANC or government business, he carries the privileges of the highest office with him, including being provided security because he is the president of this country and of every citizen. Zuma is clearly confused. There was no need to release a statement defending indefensible comments.

In the statement he also said: "The historic mission of the oldest liberation movement in the continent has still not been completed. For 103 years the ANC has been engaged in a mission to liberate South Africa first from the yoke of apartheid colonialism, and now from poverty, inequality and unemployment.

"The ANC continues to pursue the mission of building a united, non-sexist, non-racial, democratic and prosperous South Africa, a National Democratic Society.

"To this day the ANC remains the only viable tool in the hands of our people that can be used to achieve their total emancipation."

This arrogance of power is derived from SA's uncompetitive political system where the ANC has been dominating since 1994.

This belief that the ANC has supreme power has emboldened members and leaders to engage in corrupt activities, and the governing party has at times rewarded those who are in the wrong.

Pumlani Mkolo, the man believed to be the mastermind behind former president Nelson Mandela's multimillion-rand funeral scandal in Buffalo City, was recently re-elected unopposed as the ANC's regional secretary.

He was regional secretary of Buffalo City in 2013 when Mandela died and is currently facing fraud and money laundering charges in the East London Magistrate's Court after he allegedly used his influence to siphon millions of rands from city coffers. Former chief of state protocol Bruce Koloane was demoted from his position after he conceded that he allowed Zuma's friends, the Guptas, to illegally land a passenger plane at Waterkloof Airforce Base. But he was rewarded with a position as South Africa's ambassador to the Netherlands.

There are also senior ANC members who have been found guilty of wrong-doing but sit in the highest decision-making body of the ANC, the national executive committee. Zuma's statement explains and reaffirms the ANC's resolve to protect ANC leaders who have no integrity.

Zuma's statement is ironic in that it is a contradiction of his own utterances at the ANC national general council where he acknowledged that the ANC's traditional support will not vote for it forever.

He said the supporters cannot be taken for granted, and so the ANC needed to clean its house and deliver on its promises to them.

Zuma seems to believe that the ANC is the only organisation that brought this country freedom.

But there are many others, including the Pan Africanist Congress and the Azanian People's Organisation (Azapo).

Zuma's statement reiterating his supreme love for the ANC above his country is nothing to cheer at.