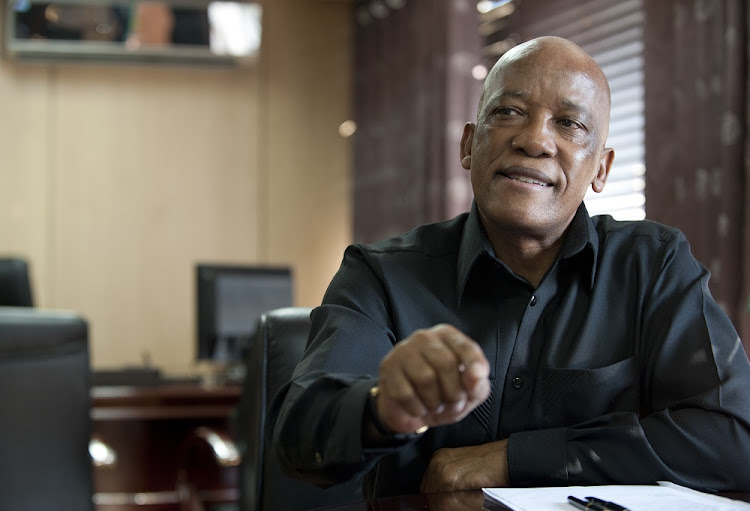 Rajesh "Tony" Gupta met former transport minister Ben Martins and officials from the Airports Company SA (Acsa) to request a welcoming party on the tarmac at OR Tambo International Airport for wedding guests flying in for the family's lavish Sun City wedding.

Gupta's request was turned down‚ and the family‚ only months later in April 2013‚ landed a privately chartered Jet Airways plane at Waterkloof Air Force Base.

This is according to state capture-implicated former cabinet member Ben Martins who‚ in a brief appearance before the state capture inquiry on Tuesday‚ denied facilitating the Guptas' controversial landing at the military base.

He also rubbished claims that he put pressure on former rail agency Prasa CEO Lucky Montana to intervene in a locomotive tender to favour the Gupta family. Martins held the position of transport minister between June 2012 and June 2013.

"I received a call from the ATNS official after the plane had landed and while the wedding proceedings were on. They informed me that if a plane is in the country without the requisite papers‚ there is a fine that is to be imposed. And I said go ahead and impose the fine. That was the first and only time I recall a plane being reported in that nature.

"I did not receive any instructions from former president Jacob Zuma to assist in that regard. I did not give anyone instructions to allow the landing."

He remembered a call he received in February that year from then acting Acsa chief executive Bongani Maseko‚ who explained that Gupta made a request to hold a reception alongside OR Tambo's runway for wedding guests he intended to fly to the wedding from India.

Indian media is reporting that an Indian high court might be crashing the party of the latest Gupta wedding bash after blocking the construction of ...
News
2 years ago

Defence and military veterans minister Nosiviwe Mapisa-Nqakula has launched an "intensive investigation" into the circumstances leading to the death ...
News
2 years ago

"I think sometime in February‚ an approach was made by members of the Gupta family to Acsa‚ seeking permission to land at OR Tambo airport. As a result of that‚ [Maseko] contacted me and informed me about this.

"The permission request they sought was ... for a welcoming reception for the guests disembarking from the plane on the tarmac at OR Tambo‚" he said.

He then attended a meeting with Maseko‚ Gupta‚and former head of state protocol Bruce Koloane at the Intercontinental Hotel near the aiport. At the meeting‚ Gupta reiterated his request.

"I explained that OR Tambo‚ being such a busy airport‚ it would not be possible and it would not be feasible to have a welcoming reception. My decision was that we could not grant that permission. I did not have the authority to do so because the authority governing there is the department of home affairs‚" Martins said.

He testified that it was not the first time he met one of the Gupta brothers.

"It was not the first time I met Tony. I remember having several interactions with members of the Gupta family. During 2011‚ when I was deputy minister of public enterprises‚ I interacted with Atul and Tony at The New Age business breakfasts arranged by the [department]‚" he said.

"Again‚ shortly after my appointment as minister of transport‚ I had several phone calls from Tony saying a Prasa locomotive tender was not open and transparent and he reserved his right to challenge Prasa and the DoT in court.

"My understanding was that he had tendered or wanted to tender at a late stage and my explanation to him was that I had several briefings from the 12 entities that report to the DoT‚ and my understanding from the briefings I had received from Prasa‚ was that the tender had run its course."

Martins then arranged a meeting between Montana and Gupta to explain the tender process.

"I saw nothing untoward in arranging this meeting as its aim was to clarify and give answers to questions Tony had proposed. There was no unlawful or malicious intent on my part in facilitating the meeting. At the time when the meeting occurred in 2012‚ the benefit of hindsight that we have today did not exist‚" he said.

"The public image of the Gupta family that we have today in 2019 did not exist. All I knew then was that they were an Indian family who owned a medium-sized BEE company of moderate means named Sahara.

"The meeting that I facilitated did not result in Tony getting the locomotive tender."

Asked if he had ever went to the Guptas' Saxonwold home‚ Martins said he had been there on two occasions.

"The Gupta family had organised an Indian food fair. I went there‚ it was in the morning‚ I can't recall the exact date and they were displaying chefs or cooks to show how to prepare Indian foods. I attended that at one of the residences in Saxonwold‚" he said.

"I think I have been there more than once. The other time was either shortly after my appointment as deputy minister of public enterprises. There was a TNA breakfast show I had to address."

He said he went to meet Atul Gupta to discuss issues around the breakfast show.

The commission will continue to hear evidence about the Waterkloof landing from ATNS chief Hennie Marais.