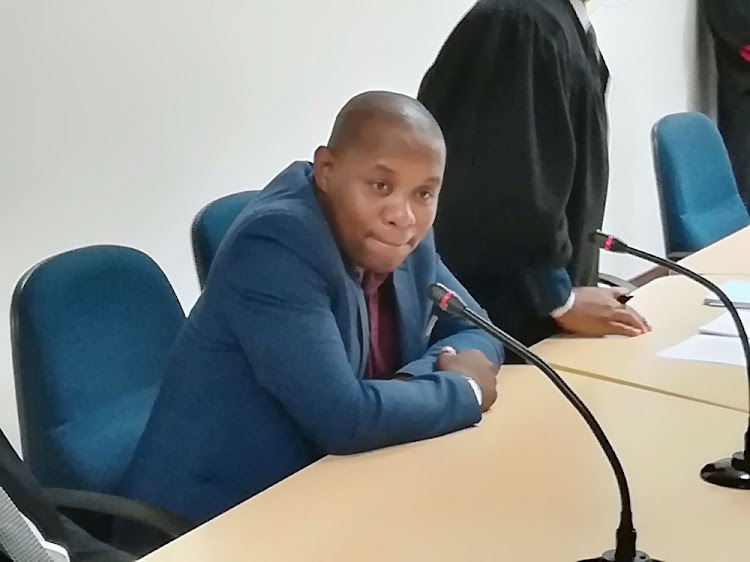 This time the son of former president Jacob Zuma has accused the public enterprises minister of thinking he is above the law.

In the letter, which he confirmed he had written, Zuma gave public protector Busisiwe Mkhwebane his opinion on Gordhan's court application to review and set aside her findings that he violated the constitution.

"Maqabane [sic], I have read the notice of motion in the Jamnandas matter. I can sum it up to the following points. He is directly and indirectly saying the following: he is above the law; he can’t be investigated; and Parliament can’t consider and debate a report that relates to him," Zuma wrote.

In her report on Friday, Mkhwebane found that Gordhan had acted improperly when he approved the early pension payout for former SA Revenue Service (Sars) senior official Ivan Pillay.

In her remedial action, Mkhwebane instructed President Cyril Ramaphosa to take disciplinary action against Gordhan for "violating the constitution".

In a notice of motion filed with the court on Tuesday, Gordhan asked the court to declare that the public protector, in the investigation and finalisation of her report, had failed to comply with her duties.

In his letter, which he said he had distributed on a WhatsApp group on Thursday, Zuma said based on his summary of Gordhan's court application, the central question was: what harm was the minister likely to suffer should the matter against him be investigated by the police or the report considered by parliament?

"In my little understanding, if the court grants the court order he is seeking, it will clearly amount to judicial overreach in that he can’t be investigated; the National Assembly will be limited to carry out their constitutional mandate, as legislative arm of the state. It amount to a directive by the judiciary to the legislature to say, Jamnandas is an important being above the constitution."

He said it would be "a serious travesty to our constitutional democracy" if the court ruled in favour of Gordhan.

"Maqabane [sic] if you are being investigated, it doesn’t not mean you are guilty. Why does he want to stop the South African Police Service from carrying out their constitutional mandate. SAPS doesn’t pronounce on the guilt of any individual.

"Once SAPS have finished with their investigation, they still have to refer the matter to National Prosecutor of Public Prosecutions (NDPP), who [has] the final say whether to prosecute or not.

"Again if the NDPP decides to prosecute, it doesn’t mean you are guilty, because they still have to prove their case, again Mkhwebane, why does he want to stop NDPP from doing her constitutional mandate?"

Zuma said President Ramaphosa was already in breach of his oath of office "by not implementing the remedial action, in the first Jamnandas matter".

"The President must uphold and protect the constitution. The current application is acknowledgment by Jamnandas that the remedial actions are binding and must be implemented. Lastly and once more, this case is bad both on law and facts. It will create tension between different arms of the state," Zuma wrote.

Last May, Zuma was hauled to the Durban Equality Court, where he agreed to apologise to the South African public and pay two schools R30,000 each to compensate for hate speech he directed against Gordhan and Derek Hanekom.

In an open letter, Zuma described Gordhan and Hanekom as an "anti-majoritarian sell-out minority in the ANC who have brazenly and unabashedly spoken out against [then-president Jacob] Zuma on various white-monopoly media platforms".

Zuma stated Gordhan was one of the most corrupt cadres, who‚ like Mahatma Gandhi‚ "sees black South Africans as low-class". Hanekom was a "white askari who will do anything to be an obstacle to radical economic transformation and to defend white monopoly privileges".

He told TimesLIVE that he would be accompanying his father to the state capture inquiry next week, where the former president is expected to appear.

Edward Zuma did not pay the outstanding amount of his fine for hate speech due to a dispute with his lawyer.
News
3 years ago

The sudden death of his younger brother has resulted in Edward Zuma - a son of former president Jacob Zuma - stalling on a R30‚000 payment to an ...
News
4 years ago

Edward Zuma has seven days to apologise to the South African public and pay two schools R30 000 each for hate speech he made against Derek Hanekom ...
News
4 years ago
Next Article