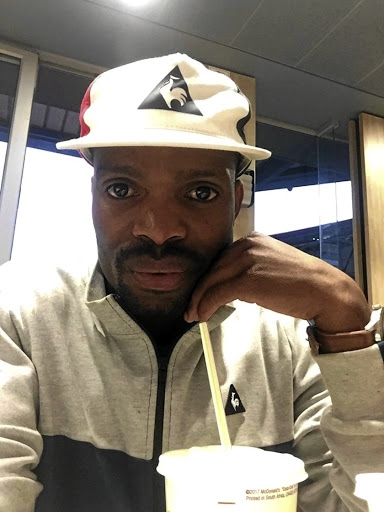 Livhuwani Matamela wants to ensure that his late mother's estate is wound up fairly.
Image: Supplied

Livhuwani Matamela has vowed to fight to the bitter end to ensure he gets everything that rightfully belongs to his dead mother.

Matamela, 36, said he was appointed as the executor of his deceased mother's estate after she died in 2013, leaving him with his two younger siblings now aged 30 and 32 respectively.

His mother, Rose Takanani Matamela, held shares in a company and has not been paid dividends from 2013 until now, he said.

While sorting out her estate, he discovered that she held 10% member's interest of Gwala Security close corporation, he said.

His mother used to get a 10% payment that was deposited into her bank account.

He traced these shares to Calson Nemaridili, the owner of Gwala Security, who confirmed that his mother was a shareholder, Matamela said.

Matamela said Nemaridili promised to give him all the required documents to deal with his mother's estate but did not.

Instead, he said Nemaridili changed the company from a closed corporation to proprietary limited and removed his mother from the list of shareholders.

He believes that his mother's estate would be more than R250,000 if Nemaridili could issue him with his mother's shareholder certificate.

"Judging by the amounts paid into her bank account, she would have received over R250,000 by now," Matamela said.

Rapper leaves everything in his estate to his orphaned son Leano.
News
2 years ago

He said according to the Administration of the Estate Act, Nemaridili was suppose to report that he was in possession of his mother's shares to the master of the high court, but never did.

"Worse still, I recently discovered that he removed my mother's name as a director and forged my signature in 2015 in order to consent to the removal," Matamela said.

He said this was "fraudulent and unfair business practice as he did so to deprive his mother's estate of her rights".

"Directorship stopped upon her death, but death did not put an end to shareholding until or unless the existing shareholders buy her shares," said Matamela.

He said he always thought that Nemaridili had good intention with regards to his late mother's estate until he barred him from coming to his office or inquiring about his mother's issues.

Matamela said before this, Nemaridili had asked him to sign for an overdraft of about R500,000 as an executor of his mother's estate to enable him to pay his employees.

Over and above this, Matamela claims there was an investment payout from Tutuwa Investment that his mother's estate should have received 10% of, but Nemaridili kept it all to himself.

This led Matamela to enlisting the service of a lawyer, who has now issued summons against Nemaridili.

Matamela said it was not his intention to get legal intervention, but Nemaridili's arrogance and disrespect made him do so.

He said he thought his mother's removal from the shareholder's list was fraudulent and this has affected him and his siblings.

"It will only be fair and just that the estate of my late mother gets what belongs to it as she worked pretty hard to put Nemaridili where he is today," Matamela said.

When asked for comment, Nemaridili said Matamela has chosen the courts to deal with the issue.

"We respect and abide by his choice, as a result we cannot in law comment on merits of the issue, which is pending before the court for determination," Nemaridili said.

Shinaz Khan of Mkhize Attorney confirmed that his law firm was representing Matamela, but would not comment further as the matter is sub judice.

A bank had to clear the charges on a loan a widow's late husband took out without her knowledge or consent.
Business
2 years ago

The only time you can be saddled with your indigent parents’ debts is if you had signed as a guarantor or co-signed for any asset or debt.
Business
2 years ago
Next Article