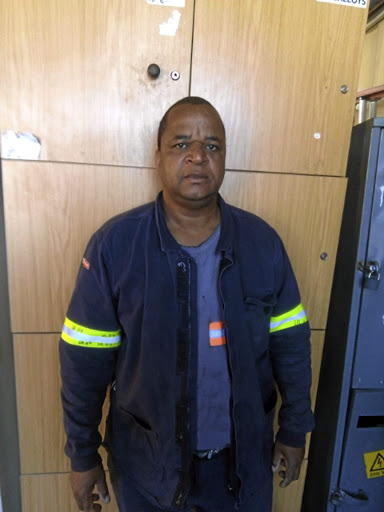 Aaron Nkgadime has his bank account debited for a car he did not buy.

Identity theft is on the rise and millions of South African consumers are affected.

TransUnion senior director of the consumer business Garnet Jensen said nearly half of South African consumers have either fallen victim to identity theft, or know someone who has, according to their research.

Jensen said thieves use the victim's identity to purchase products and services on credit, particularly high-end goods like electronics and luxury items. "In the worst-case scenario, thieves can use your ID to apply for large value credit purchases such as vehicle finance or even commit a crime using your identity," she said

She said popular targets for fraudsters include retail accounts, mobile phone contracts and bank accounts, but ID thieves have also been known to intercept employment or credit applications, using these documents to steal identities.

Grace Mdungaze, is one such victim.

Mdungaze of Midrandsaid she bought two microwave ovens and a set of pots from Home Choice in 2015 and paid them off in 2017. Towards the end of 2017 she received a telephone an text messages from VVM attorneys notifying her that her Home Choice account had been handed over to them for debt collection.

On inquiry she was told that she had ordered a TV stand which was delivered at her home in Pietermaritzburg.

"I was born in Giyani, I have never been to KwaZulu-Natal," she said.

Mdungaze said she approached VVM attorneys to dispute the account and gave them an affidavit and a sample of her signatures for verification.

But, later Home Choice handed her account to another firm of attorneys.

Livhuwani Matamela has vowed to fight to the bitter end to ensure he gets everything that rightfully belongs to his dead mother.
News
2 years ago

Clearing her name has been a mammoth task and she is now being harassed by two different firms of attorneys who are collecting debts on behalf of Home Choice, she said.

Kirk Bennett of Home Choice fraud disputes department said Mdungaze's problem would be resolved as soon as she sent them an affidavit and a certified copy of her identity document.

Aaron Nkgadime of Burgersfort in Limpopo is a victim of the same circumstance, he said. He said he was surprised when he found out in March that Absa had debited R9 200 from his account for a car he did not buy.

Absa told him he bought a car from Niel Reynecke Exclusive Auto, in Pretoria early this year and had an arrears amount of R28,000. The fraudster bought a Toyota Hilux worth R657,082 and Nkgadime said he could not have qualified for a debt that huge had an affordability assessment been properly done.

"Our forensics and legal teams are scrutinising the details of this case in partnership with the SAPS and National Credit Regulator (NCR) in order to get to the bottom of the matter," Mkhize said.

"We have prioritised this matter and are committed to evaluating every aspect of the value chain in our quest to find a lasting solution for the customer. It is therefore too early to comment in more detail on this matter."