Caterer feels heat of no pay 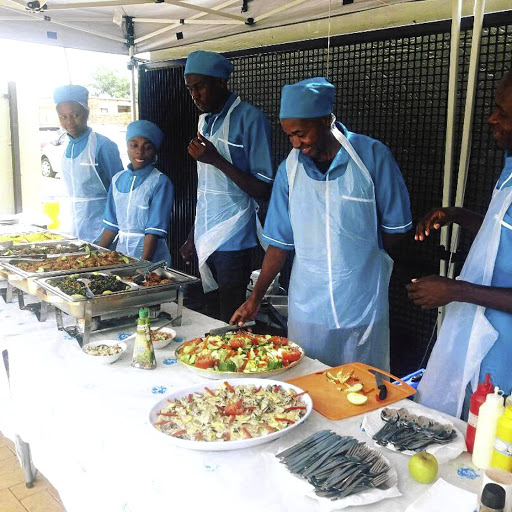 Carmel Khambule says her team and their families' livelihood depends on her being paid for services.

It's been 13 months that Carmel Khambule, a small business owner, has been waiting for her payment from Parental Advisory Productions (PAP) without luck.

Khambule of Bedfordview said Thomas Gumede of PAP hired her services to do the catering for Mzansi Magic MultiChoice series Abomama from February 2018 untill April 14 of that year.

Khambule said she was promised payment by the end of May last year, but was not paid. The nonpayment has given her business a knock since she had to borrow money to pay her suppliers and workers.

"Servicing prospective clients was an uphill battle as I had to take a further loan to cater for them."

She has written letters of complaint to both PAP and recently to MultiChoice for its intervention, begging to be paid but until now nothing has been done, she said.

Khambule said she worked in good faith with PAP and didn't even request a deposit.

Every time she contacts the PAP accountant or Gumede, she would be promised that payment would be made - except that they never got to do it, she said.

"MultiChoice paid others in full a long time ago and I'm the only one left struggling."

She said this was an exploitation of young-and-upcoming entrepreneurs and believes that organisations like PAP should be exposed if they were treating young, black women unfairly who are trying to grow their business.

"I have people hounding me for payments because of invoices that were not honoured and my wellbeing is threatened. This is not how I run my business and definitely not a position I want to be put in, with regards to explaining your shortcomings to my employees," said Khambule.

She said instead of paying her they would tell her about their debts payable to Sars.

"This has nothing to do with me as I carried out my obligation. I'm a mother who is trying to earn a living, but our services are taken for granted ."

Khambule said the survival of her small business depended on regular payments as her team and their families' livelihood was also dependent on the same payment.

She said writing to MultiChoice head of M-Net Nkateko Mabaso and head of drama Reneilwe Sema has not helped after giving them two weeks to respond.

However, Gumede said M-Net had not paid him in full as Khambule alleged.

"It's not in full. It's for a completely different production and that's why it's in milestones.

"Sars took the remaining portion of the final payment last year for Abomama.

"We are now doing damage control and payment arrangements with a whole host of creditors," Gumede said.

Gumede's office only paid Khambule R20,000 after Consumer Line took up her matter with M-Net on Monday.

Ian Inos of PAP sent a copy of proof of payment without stating when the balance of R98,070, with the accrued interest, would be paid.

Benedict Maaga of Multichoice said MultiChoice Group (MCG) is aware of the complaint that Khambule raised but was concerned that PAP had not paid Khambule as they paid them in June 2018.

"PAP’s final payment to AboMama should have followed shortly thereafter," he said.

Maaga said the producers are meant to cover costs of the suppliers that they are contracted with.

"It is deeply regrettable that this matter appears to not been resolved. As PAP is a third-party production company, MCG has no direct involvement or influence over their payment procedures, and we advise you to contact the production company directly," Maaga said.

When this was brought to PAP's attention, its accountant Ian Inos said they had sent Khamule an email stating they were unable to pay her in full.

"We are not in a position to pay the whole outstanding balance of our account at one goal but can pay in instalment which we have start with the first R20,000.00 paid on the 3rd of June 2019."