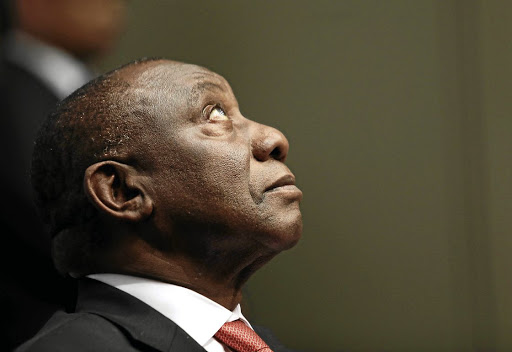 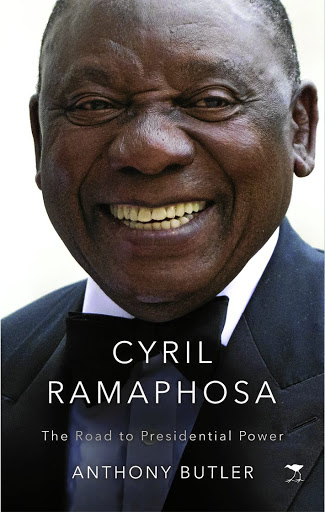 Whether one buys into the notion that SA has entered a New Dawn or not, one thing is for certain: The election of Cyril Ramaphosa has been a game changer.

As most would have observed from his delivery of the State of the Nation Address last night, as well as on many other occasions since he took office in February last year, Ramaphosa is a huge improvement from the political crisis that was his predecessor.

But is he the kind of leader capable of leading SA out of its current economic crisis; create jobs for the youth while ensuring that the country's wealth is shared among its people? All of these while trying to keep a fractious and deeply divided ANC intact?

Even as he charmed the nation with his Khawuleza message yesterday - promising his government will speed up the process of delivery and change - there would have been those who believed that it is only a matter of time before the ANC's internal factional battles force him out of office.

From their perspective, the odds are stacked against him. For starters, his two immediate predecessors in the ANC presidency - Thabo Mbeki and Jacob Zuma - were unceremoniously removed from the Union Buildings before the end of their second terms in office.

And solutions are what South Africans, especially millions of unemployed black youths, would be expecting to hear when the president delivers his ...
Opinion
2 years ago 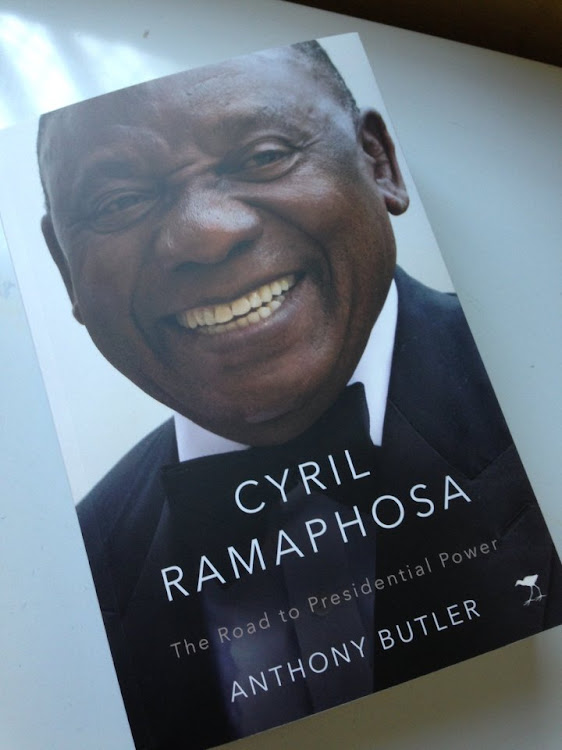 Secondly, in Ace Magashule Ramaphosa seems to have at Luthuli House a secretary-general who is actively working to protect all that the president is trying to undo from the Zuma years.

And Magashule appears to be not alone. A huge chunk of the powerful ANC national executive committee is made up of individuals who have not fully accepted that Zuma was leading both the country and the party down a wrong path.

But, as academic and executive director of the FW de Klerk Foundation Theuns Eloff once told Ramaphosa's biographer Antony Butler: "It is not a good idea to underestimate Cyril, especially if you are his enemy."

Too often Ramaphosa's rivals have made this mistake and lived to regret it. As Butler puts it in the concluding chapter of Cyril Ramaphosa, The Road to Presidential Power: "Those who doubted his temperament to fight his way to the very top of national politics have been proved decisively wrong."

The book, published by Jacana just weeks before the recent general election, is the third edition of Butler's narration of Ramaphosa's life. The first edition was in 2007 ahead of the ANC's Polokwane conference when it was believed, wrongly so, that the former trade unionist would challenge both Mbeki and Zuma for the ANC presidency.

An updated version was published a few years after Ramaphosa's election at the Mangaung conference as ANC deputy president, paving the way for his march to the Union Buildings.

Magashule has single-handedly used the old Roman trick to divide the party by firing toxic bullets from the flanks.
Opinion
2 years ago

Besides it being a thoroughly pleasurable book to read in terms of the style of writing and the critical questions it raises about Ramaphosa the person, and the political choices made during the Struggle in general, the book is an essential read for those who want to understand the country's history over the past five decades.

Ramaphosa's role in this is important and helps the reader understand what drives the president and why, despite his obvious popularity with the electorate, powerful elements within and outside the ANC remain suspicious of his rise to power.

The book is also extremely useful in understanding the source of the one accusation that seemed for years to be the main stumbling block to Ramaphosa's ascension to the Union Buildings: That he is "the blue-eyed boy" of white business, if not their creation and lackey.

Conspiracy theorists within the ANC who would have us believe that their leader is an agent of "white monopoly capital" often use the fact that in 1978, at only 25 years of age and having already been detained for his anti-apartheid activism, Ramaphosa was appointed to the Transvaal regional board of the Urban Foundation - a creation of mining houses partly in response to the 1976 riots and the anti-capitalist sentiment becoming dominant in the Struggle against apartheid.

On the board were powerful representatives of monopoly capital of the time.

From Butler's account, Ramaphosa's relationship with Clive Menell - a mining magnate whose family founded Anglovaal in 1933 - dates back to 1975, just after Ramaphosa's release from detention.

It is easy to see why this raises suspicion among detractors. The 1970s, the era of Black Consciousness, was not exactly friendly to white liberals and capitalists, who were viewed by militants as people who wanted to dilute and deviate the Struggle from its historical mission of crushing apartheid capitalism.

But Ramaphosa was not the only one on friendly terms with the family. Struggle luminaries such as Barney Pityana, Sydney Mufamadi, Nthato Motlana and Anglican bishop Desmond Tutu were among visitors to their Parktown home in those days.

Although there have been other writings on Ramaphosa, what gives Butler the advantage as an authoritative commentator on the subject is that he has covered Ramaphosa since his days as general secretary of the once-powerful National Union of Mineworkers (NUM) in the turbulent 1980s.

It is, however, the story of Ramaphosa's rise to power after the fall of apartheid that is most fascinating.

The 1994 political victory came with a personal disappointment for Ramaphosa after, despite apparently being promised the job, he was "overlooked" for the deputy presidency in favour of Mbeki.

He left politics for business, where he became one of the richest people in the country thanks to BEE deals and his shrewd business negotiation skills.

We learn much about Ramaphosa's preferred leadership style in business. Some of his associates express frustration with his "hands-off" approach while others describe him as a "middle of the road" leader who believes in persuasion rather than forcing his decisions on people.

Would this prove to be his approach in his presidency and is this what SA requires in these times of crises?

His rise to political power was never smooth. After being outfoxed by Mbeki in the mid-1990s, some wrote him off as a future president.

Even though his name often came up as a successor, he seemed too rich; too moderate and too much of an outsider to stand a chance.

But history has proven otherwise. His long political game of moving to business while maintaining contact with politics by remaining a member of the ANC national executive committee meant that he was never totally out of the reckoning.

He proved to be a master tactician, avoiding entering the fight in 2007 when it was clear that the titanic battle was going to be that of Zuma and Mbeki and anyone else would be trampled.

In 2014, when it became clear that Zuma would be challenged by his then deputy, Kgalema Motlanthe, for the ANC presidency, Ramaphosa ran for deputy president on a Zuma ticket but still kept cordial relations with Motlanthe ,with whom he had worked at the NUM.

Ramaphosa's fans would be impressed by how he then outsmarted Zuma and his faction, which had chosen him for the deputy only on tactical grounds as it was worried that choosing another leader from KwaZulu-Natal would lose them votes in Mangaung.

For years Ramaphosa played his cards close to his chest, not explicitly expressing his interest in being president, hence keeping the Zuma faction guessing as to whether he had the stamina to fight.

While it eventually worked out well for him in the end, the question remains as to whether his silence during the worst years of Zuma excesses didn't push the country into a crisis it could have avoided had he spoken out and much earlier on issues like Nkandla; the Guptas and the destruction of state-owned enterprises.

Do tactics trump principle for him, a case of the end justifying the means?

What does this tell us about his presidency going forward. Would he turn a blind eye on wrongdoing by some in government, the party or even among his friends in big business if that would help him complete his term and secure a second one?

President Cyril Ramaphosa was elected on the promise of bringing a “new dawn” to the country.
News
2 years ago
Next Article