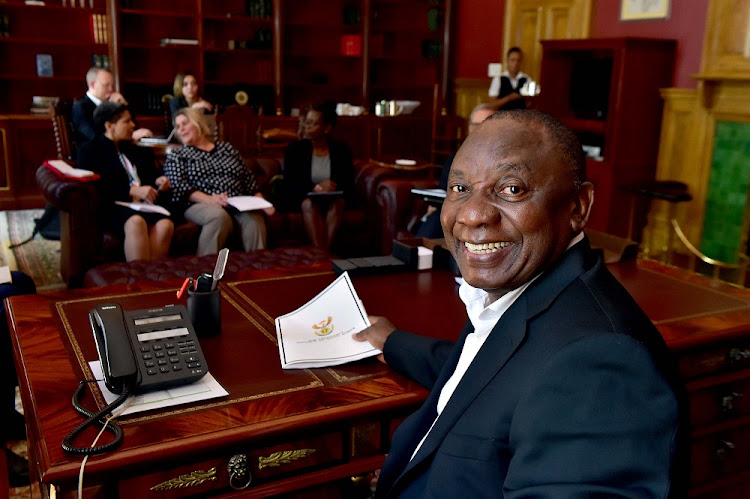 A national emergency. That is what the President Cyril Ramaphosa-led ANC declared our country's high unemployment rate to be at its recent lekgotla.

But, as a famous philosopher argued some two centuries ago, it is not enough to define the problem, the point is to solve it.

And solutions are what South Africans, especially millions of unemployed black youths, would be expecting to hear when the president delivers his State of the Nation Address this evening.

It is an important address, one that should set the tone for the sixth administration. While there would obviously be interest in all the pomp and ceremony that usually goes with the event, it is the message the president delivers that would be most important.

Whereas in his first two addresses as head of state, the nation appreciated the president's message of national unity and commitment to cleaning up government after years of state capture that had been enabled by his predecessor, the focus now will be on whether Ramaphosa has a plan to pull SA out of its current economic downturn.

For, no sustainable and new jobs can be created in an economy that is threatening to grind to a halt.

Time is not on Ramaphosa's side and setting up new task teams and commissions to investigate this or that economic policy option is a luxury he can no longer afford. What is required now is a clear plan and decisive implementation.

If in his first State of the Nation Address, South Africans were happy to see and hear Ramaphosa raise his hand and say "Thuma Mina - Send Me", tonight they would be hoping that he'll be singing another one of local jazz standards made famous by the likes of Hugh Masekela and Miriam Makeba.

"Khawuleza - hurry up", they would be hoping is a message he sends to his cabinet, the civil service, parastatals and the private sector.

For nothing is as urgent as the need to turnaround the fortunes of an economy that has shrunk by 3% in the last year and which is not creating enough jobs to absorb new entrants into the labour market.

The plan the president announces should be comprehensive enough to include turnaround strategies for key parastatals, such as Eskom and the SABC, whose failure would spell doom for the economy.

Nwabisa Simakade has spent two years at home twiddling her thumbs despite completing her studies and qualifying as a teacher.
News
2 years ago