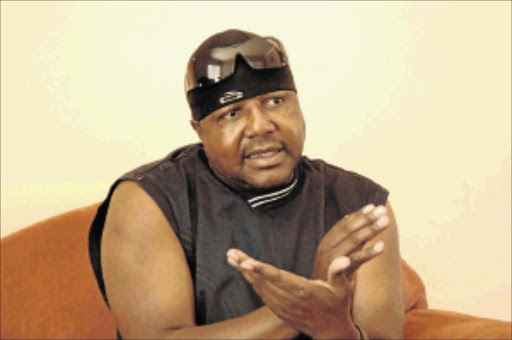 The payment comes after Abigail Matshidiso Modise, Senyaka's baby mama, filed papers at the South Gauteng High Court last month asking it to issue her with a court order declaring her the legal guardian of her 16-year old son.

In her papers, Modise detailed her frustrations with Liberty Life, stating it was taking her from pillar to post over the payment despite her providing all the necessary documentation relevant to the claim.

However, in its response to Sunday World, Liberty Life spokesperson Nerina Bodasing said "...the dispute involving the estate of the late musician has been resolved and funds have been paid to the elected beneficiary.

"Liberty fulfilled their contractual obligation to the beneficiary of the estate in 2015. The dispute with Abigail Matshidisi Modise in August 2018 related to specific terms dealing with the nominated beneficiary, which has since been resolved."

Modise's affidavit tells a different story, however, and paints the insurance company as having resisted making the payment to her despite her son being the legitimate beneficiary of the policy. "The minor child's father died on the 25th day of March 2015... His death, and that he was the biological father and [had] included the minor child on his policy is not disputed by Liberty.

APOLOGY TO SENYAKA'S FAMILY IN OUR article titled "Senyaka's Family Fight Over Money" published on April 9 2015, we reported that the family of the ...
Entertainment
7 years ago

"I was advised by Liberty that despite the fact that I am the biological mother of the minor child, and further despite the fact that I have provided an unabridged certificate, they need a court order wherein I am declared the guardian of the minor child. I did not understand this but in compliance I herein instructed my attorneys to draw this application," reads Modise's affidavit.

According to correspondence by Mkhonto Smother Attorneys dated September 24 2018, the lawyers representing Modise argued that their client was Senyaka's son's legal guardian because she was his biological mother.

Modise further said in her papers that she was puzzled by Liberty's request for a declaration to appoint her a legal guardian of her son, stating that she was his biological mother and residing with him at their house in Soweto.

"I further confirm that I am the one taking care of the minor child's daily and school needs since 2015 when his father passed away," she said.

Saseki Mkhonto confirmed they represented Modise and that the claim has since been resolved. "We have no further comment because the matter is confidential," she said.

Mourners get down at Senyaka's memorial

Scores of fans and family gathered at Bassline in Newtown, Johannesburg, to remember the late musician and actor Senyaka. Among the throng of ...
Entertainment
7 years ago
Next Article