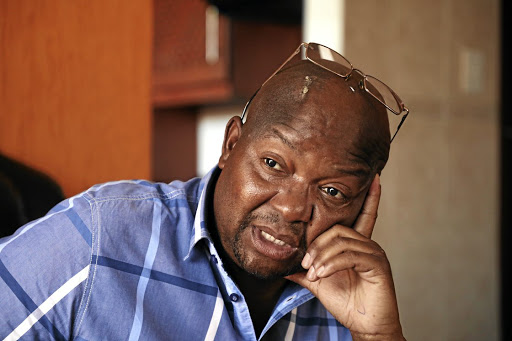 Sipho Bvuma's request that Gems pay for a drug to treat his brain cancer has been approved./Thulani Mbele

A medical doctor's fight to get the Government Employees Medical Scheme (Gems) to pay for his cancer treatment has ended in victory after the company buckled under pressure and agreed to cover it.

Gems reviewed Dr Sipho Bvuma's application for it to pay for an expensive drug called Keytruda to treat his stage four cancer.

Sowetan previously reported that a frustrated Bvuma, 47, who works at the Chris Hani Baragwanath Academic Hospital, took the scheme to court after it refused to pay on the basis that the drug was not registered to treat his condition.

"The applicant's condition, unfortunately has reached an advanced stage and the cost of the treatment is not justified under the circumstances.

"At the end of the day, Gems cannot pay for treatment that will not achieve the desired result of saving the patient's life," it stated.

However, yesterday Bvuma's family and Gems confirmed that the company had approved the request after it was reviewed by an independent panel of oncologists.

Bvuma's case, though different, mirrored that of Momentum insurance which capitulated to public pressure and changed its stance to refuse paying out R2.4m death claim by the family of Durban man Nathan Ganas. He was shot and killed in a hijacking.

Ganas's claim was declined by the insurer on the grounds that he had not disclosed that he was diagnosed with raised blood sugar levels, which may have occurred before he completed his application for the policy in 2014.

Medical aid won't pay as time runs out for doc

Make plans well before you retire so that you are not left high and dry without an income or medical scheme benefits.
Business
3 years ago

In Bvuma's case, Gems chief operations officer Dr Stan Moloabi said they had informed him of the decision to grant his request following an urgent ex gratia process.

The company had previously argued in court papers that paying for the treatment which could cost R583,000 would not be viable in Bvuma's case, as Keytruda is not registered in SA to treat his condition, while there was no scientific evidence that it can save his life.

But yesterday Moloabi said the independent oncology panel had come to a different conclusion.

"The initial position of the scheme not to fund this particular medicine was based on the fact that it is not registered in SA as a treatment option for the specific type of cancer that the member requires treatment for.

"On review of the funding decision, a panel of independent oncology experts recommended that this specific treatment, although not registered locally for this indication at this stage, can potentially benefit the member."

Moloabi said the fact that the application was initially declined shows that handling funding requests for newer drugs was a sensitive and difficult process.

"As a healthcare funder, Gems has a duty to exercise caution and circumspection with regard to treatment options that are not registered locally for a specific medical condition," Moloabi said.

Bvuma also confirmed the news to Sowetan via text. His younger sister Khanyisa, also a medical doctor, said the family was relieved that her brother would finally get the drug.

"This is a relief. We hope that he will respond well to the treatment," Khanyisa said.

She said they were still hurt that Bvuma had to struggle before getting the treatment.

"We are still disappointed that he had to wait for a whole month. It was an unnecessary delay," Khanyisa said.

She said the ordeal had taken its toll on the family and Bvuma's children, who had to write examinations while witnessing their father suffer.

"They put us through so much," Khanyisa said.

She said Bvuma was still waiting for doctors to brief him on what should happen following the approval.