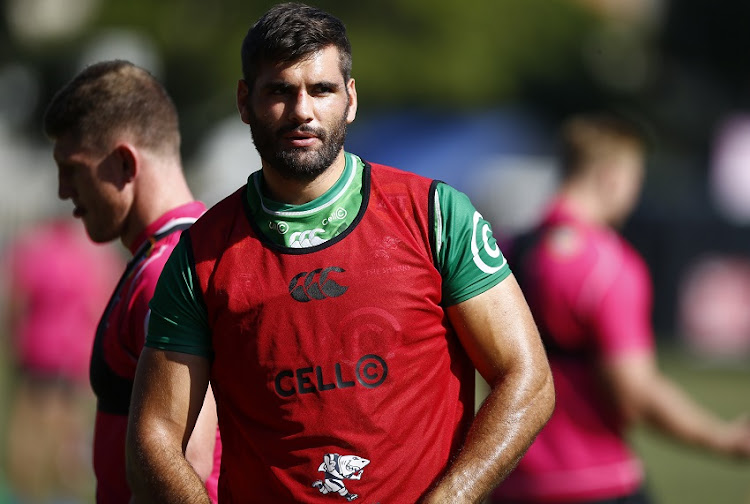 The Sharks' Super Rugby play-off hopes hang by a thread and the worst place they could go to is to Buenos Aires‚ where the dangerous Jaguares await this weekend.

The equation is straight-forward for both teams.

The Jaguares (41) win and they wrap up the South African conference with a game to spare.

A loss for the Sharks (33) pretty much ends their interest in the play-offs‚ especially with the teams above them; the Bulls (34) and Lions (35) having earlier games against the Highlanders and the Hurricanes respectively to capitalise on their advantages.

What's worse‚ the Sharks face a team that put 50 past them earlier this season in what was a listless home display by the Durban side.

They were blown away at home on April 13 in a game that signalled the Jaguares' intentions in the tournament.

Sharks loose-forward Daniel du Preez played in the game and admitted they were blown off the park that weekend.

It was a forgettable outing in every respect for the Sharks‚ but it's one they've got over.

However‚ Du Preez‚ who earned his 50th Super Rugby cap in the Sharks' 30-17 home loss to the Hurricanes this past weekend‚ said they're expecting a game that'll have a Test match intensity.

“I don't think we pitched up on that day.

"We didn't look after the ball and we didn't build any scoreboard pressure.

"We got a big hiding in that game but on Saturday‚ we're expecting a game that's somewhere near a test match and we're looking forward to it‚” Du Preez said.

“They've got a few dangerous players among their forwards and their backs.

"They live off your mistakes and we have to look after the ball better this week.”

Buenos Aires wasn't a very friendly place for South African teams last season‚ with all of them losing there.

The Lions‚ though‚ collected a valuable win at the start of the campaign while the Sharks won there two years ago.

However‚ the Jaguares are notorious slow starters and as the season has progressed‚ they've been in great shape.

An example of this was their recent Australasian tour when they won three out of their four matches.

They also beat the Hurricanes‚ who beat the Sharks‚ while they collected wins against the Waratahs and the Reds. Du Preez said the Jaguares will be buoyant because of their tour results.

“It's also a very tough place to play and the crowd there is very passionate‚" he said.

"It's the closest I think we'll get to playing a Test match‚ so it's going to be a tough battle.

"It's going to be a tough challenge because they would have taken confidence from the three out of four wins on the Australasian tour.

"We'll have to be up for that game‚” Du Preez said.

“The game against the Hurricanes didn't go as planned but we can take a lot from our performances this year.

"We just need to pull together as a team and cut down on our mistakes.”