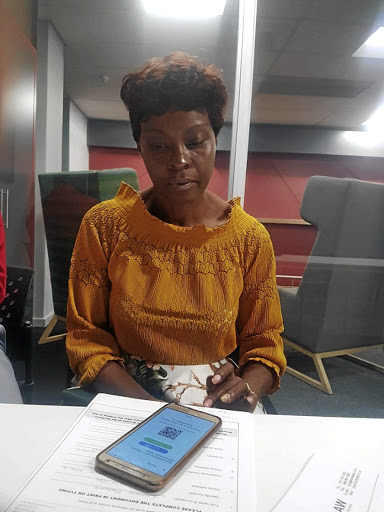 A bogus attorney Refiloe Mahlasela is accused of masquerading as a conveyancer, yet she is not registered with the Law Society of the Northern Provinces.

The Diepkloof police station is hot on her heels and confirmed that a criminal case has been opened against Mahlasela.

Lorrain Mdakane, 47, said Mahlasela allegedly deceived her into depositing money into her account under the pretence that she would facilitate a transfer of a title deed in 2017.

The mother of three had found a house on sale when she approached her attorney Victor Mashele for a referral to a property attorney in February 2017.

Mdakane said she had raised enough money from her sewing business when she was offered a house on sale and needed an attorney into whose account it would be deposited during the transfer process.

"I was consulted by Neo, Victor Mashele's brother, who then referred me to Mahlasela as they were not conveyancers," Mdakane said.

She said Mahlasela advised her that the process would take three months and gave her the bank details of her law firm, Work@Law estate and conveyancing administrators, in Zone 2 Pimville, Soweto.

Mdakane said in the presence of the seller, she transferred R318,000 into Mahlasela's account and waited for the transfer process to take place, but nothing happened after the expiry of three months.

On inquiry, Mahlasela told her that she had paid off the seller's outstanding rent and electricity bills, but could not send her any proof of her assertion, Mdakane said.

"She also did not deposit the remainder of the money into the seller's account when asked and this caused the seller to withdraw from the sale," Mdakane said.

Mdakane said she later found another house which was on sale and asked Mahlasela again to facilitate the transfer of the title deed.

Mahlasela failed to do so again and later vacated her office in Pimville without leaving a forwarding address.

Our democracy is admired by numerous nations across the world and our constitution is lauded as one of the best.
Opinion
3 years ago

Mdakane said she then decided to write to the Law Society of the Northern Provinces to establish if Mahlasela was a registered attorney and discovered that she was not.

She said she approached the Law Society after watchingKukithi La, a TV programme showing people who are feuding over the ownership of houses they occupy.

"On that series the complainant wanted to evict the people in the house she bought...," Mdakane said.

When approached for comment, Neo said he was not an attorney and told Consumer Line to advise Mdakane to approach the commercial crime unit to lodge a criminal case against Mahlasela.

He said he thought this matter had long been settled and later confirmed that Mahlasela was not a practising attorney and said they discovered this after she gave his brother a fraudulent cheque.

Consumer Line also called the Law Society of the Northern Provinces and discovered that there were only two male attorneys who are registered by the surname of Mahlasela.

Mahlasela failed to respond at the time of publication despite her undertaking to do so after her court hearing yesterday.