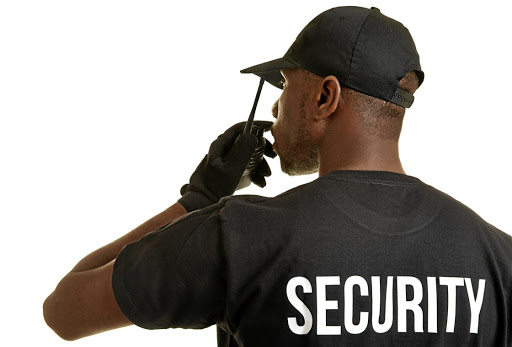 Security gurds work under dangerous conditions for little pay but their bosses can be vulnerable to nonpayment./123RF

It is not only security guards who claim that they are exploited in the private security industry, so are their employers, Consumer Line has learnt.

Five security officers alleged that Thulani Mavume exploited their services as they were not paid their monthly salary in January when he abruptly terminated their contracts.

Lesego Mmusi, Albert Radebe, Delani Mtshali, Khonzile Miya and Thulani Gama said since they were employed by Mavume in 2015 they never experienced problems and were shocked when their employment was terminated without prior notice.

The security guards said they all earned R4,100 if they worked for 21 days a month.

Miya of Soweto, said they worked 30 days between December and January and it is that salary Mavume owes them. "We were very happy working for him, but I'm disappointed that Mavume dumped us like that," she said.

A cash-in-transit company is putting up a R1m reward for information that leads to the successful arrest and prosecution of the perpetrators of ...
News
3 years ago

Mmusi said if it was not for her boyfriend she did not know where her next plate of food would come from and who would be paying her rent in a backroom she rents in Naledi as she was also orphaned.

Mavume said he too was owed by the trustees of Jabulani Manor, Jabulani Heights and Jabulani Brooke as they had not paid him a bill of R147,747 for security services.

Consumer Line has seen e-mails in which Mavume begs the trustees of the housing estates to pay him to no avail.

He also enlisted the services of Clientele Legal, but no response has been forthcoming from the owner of these three properties where Mavume rendered security services.

"It is practically impossible to sustain or maintain all operations on these sites. It is also incomprehensibly disturbing that up to date, from the inception of the security services on site, there were no service levels tabled except for the attempts, recommendations and constant consultations with ever-changing trustees to address the security deficiencies at the complex and there was no courtesy of cooperation," read Mavume's communication.

In his e-mail he also raised his concerns that his company has not been paid the annual 10% increment from the month of June until now.

CCTV footage showing a brazen cash-in-transit heist carried out at Laudium Square in Pretoria on Tuesday has surfaced on social media.
News
3 years ago

Mavume said his company was running at a loss because it was also not paid for the December and January festive season special operations.

Abiel Modipa, a representative of the trustees of the three body corporate, said when the contract was terminated Mavume was told no payment would be made for the final month of service as he was paid one month in advance when the contract commenced.

"Annual increases were never discussed so no budget was provided and therefore no money is due to the contractor."

Modipa said the trustees were not aware of the letters of demand issued by the Mavume's lawyer, which Consumer Line later showed him.

"Consider the response on this inquiry as final. No further comments will be provided till the matter is formerly concluded by the trustees' attorneys," he said. �