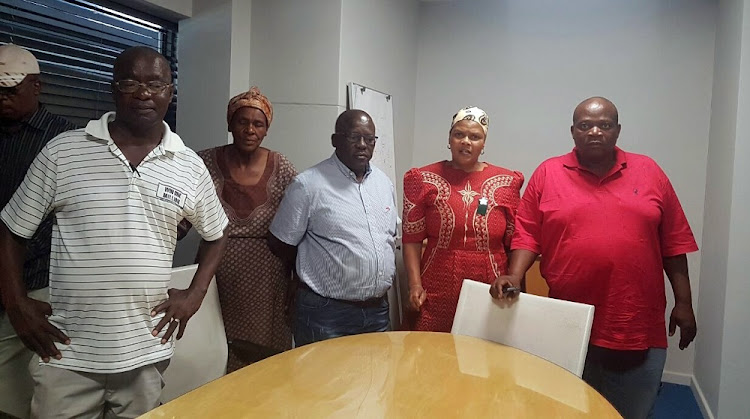 Former Soweto municipality police and clerks who were integrated into the South African Police Service in 1989 are battling to get their full pension after making contributions over the years.

Frank Rikhotso of Blinkwater, Limpopo, who resigned from the service in July last year, said when he retired he had hoped that Salt Employee Benefits would release his money within six weeks after he submitted his withdrawal letter. Instead, he was paid R200000 for more than 20 years of service.

Solomon Matshira of Meadowlands, Soweto, said he was the breadwinner in the family and on his resignation they had to survive on hand-outs. He used the amount he received to pay off his house, but could not save his car, which was attached in January, he said.

The father of four said his wife now sells kotas, sweets and potato chips to earn a living. “The recall of polony, russian and viennas will make our lives hell as she will not have stuffing for her kotas anymore.”

Khaya Mabandla said they were frustrated as they had not been kept informed about their money.

It's a crime for employers not to pay your pension fund

If your employer fails to pay your retirement fund contributions into your fund, it is a common law crime.
Business
4 years ago

However, Anna-Paula Satheea of Salt said employees were kept up to date with developments about their pension fund.

She said the complainants formed part of a Section 14 transfer from the Soweto City Council Pension Fund to the Government Employees Pension Fund (GEPF), which was approved on November 22 last year.

She said their benefits and claim forms had been transferred to the GEPF.

“Once a Section 14 transfer is approved, we may no longer process any payments in respect of members who formed part of that transfer.”

She said members were given the opportunity to object to the transfer, these objections were referred to the Financial Services Board.

“We are in contact with the Government Pensions Administration Agency [administrators of the GEPF] and they will process the portion of these payments as soon as possible,” Satheea said.

Ofentse Seleka of the GEPF confirmed it had received money for 462 paid-up members of the Soweto City Council Pension Fund which was approved by the Financial Services Board on November 22 2017.

Seleka said they had now paid the complainants’ pensions but were not aware there was a top-up payment to be made.

He said GEPF would pay the top-up amount as soon as the fund actuaries had addressed certain queries regarding the group transfer.