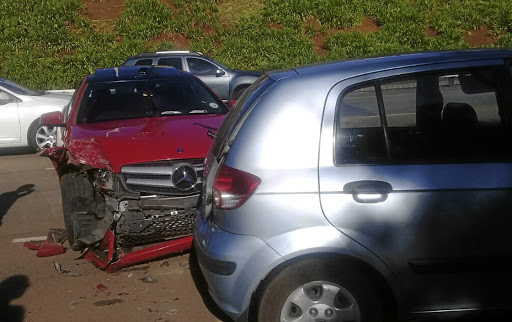 The disclaimers you would normally find in parking lots, malls and airports screaming: parking at your own risk, do not shield the owners of such places from liability should they negligently injure or damage someone else's property.

In a 2012 ruling, it was confirmed that property owners have a duty to protect people entering their property.

Recently, Lindiwe Nkuna, 37, of Thatchfield in Centurion, Pretoria was told she does not enjoy the protection of this case nor the Consumer Protection Act.

Her problems started on February 12 after she had left her car in the care of Executive Carport. She was travelling to Durban from the OR Tambo International Airport and had left her car there.

Nkuna said the arrangement was that she would leave the car at their receiving office and a driver in the employ of the company would then take it to their parking lot nearby.

She was also assured her car was in safe hands as their drivers were only driving at a speed of 30km/h, which is less than the one permissible at the airport. Later in the day she was informed her Mercedes-Benz C180 Coupe was damaged while driven to the company's parking area.

New owner worried he has to pay backlog.
Opinion
4 years ago

"I was also told not to lodge a claim from my insurance company as theirs would take care of the claim," said Nkuna.

Upon her return, she was given the pictures of the accident before being taken to where the car was kept.

"The details of the accident provided to me were sketchy and suspicious," said Nkuna.

She was also shocked to notice that the police accident report showed that the accident happened at 8am, contradicting the statement by Executive Carport which put 7.18am as the time of accident.

Nkuna said she had left her car in their care at 6.30am.

"I am wondering what was happening from the drop-off time to the time of the accident," she said.

A week after the accident, Nkuna was informed her car was written off.

To enable them to proceed with the settlement of her car, Nkuna was asked to send a copy of her ID, a settlement letter from the car financier, documents from the National Traffic Information System and a letter showing she did not claim from her insurance company. Last week she was told by Executive Carport's attorney Palm Hollander Attorneys that their client was not liable as there was a disclaimer exempting them from liability, she said.

Nkuna said they later demanded the car they had loaned her to be returned, and ordered her to remove her damaged one from the storage premises as Executive Carport would not be held accountable for any further costs in relation to storage, car hire or towing costs.

Nkuna made a claim with her insurance company and later contacted Executive Carport. "Instead of getting the requested information, their attorney instructed me to stop contacting their client."

Mavis Komane of Executive Carport said after meeting with their insurers and attorneys they agreed they will pay off Nkuna's outstanding balance of R307000. However, their attorney, had offered Nkuna a settlement letter of R281533. From this they will deduct R84749 for salvage which is at 30% market value.

"I think their insurance company should put me in a position in which I was before the accident, and not to leave me indebted to the bank."

Refund is still outstanding.
Opinion
4 years ago
Next Article