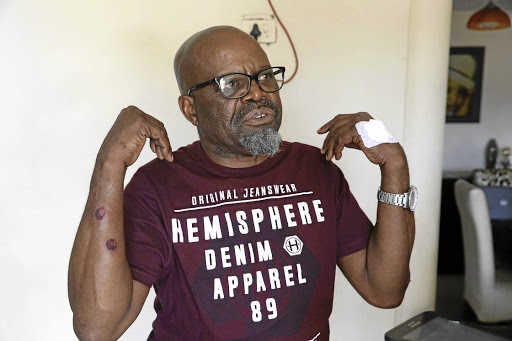 Veteran actor Patrick Shai has died, his family announced through a statement on Saturday afternoon.

Details surrounding his death are still sketchy however Sunday World reported that he committed suicide.

An unidentified man who answered Shai's phone on Saturday afternoon refused to speak when asked about his death, only saying the family will be communicating through a media statement.

A short statement followed soon thereafter which announced that Shai passed away on Saturday morning.

“We sincerely ask you to give the family time to process this painful loss. More details will be shared in due course. Thank you,” the statement stated.

Shai from Soweto has had a colourful TV acting career which spans more than 30 years.

Shai was in the spotlight this week after a video of him, challenging rapper Cassper Nyovest to a boxing match went viral.

The video started circulating on social media early this week. In it, Shai is seen sitting inside a vehicle and seemingly inviting the rapper into a boxing match saying he wants to “bliksem” him.

He goes on to say that when he dies he wants his tombstone to be engraved with words “this is the man who beat up Cassper”. He ends the video by calling the rapper a “son of a b***h”. Shai has since issued an apology for insulting the rapper's mother.

TV actors, writers, musicians and directors came out in numbers to grace the unveiling of a tombstone for playwright Gibson Kente in Soweto ...
Entertainment
7 months ago

Recovered Covid-19 patient Lunga Nombewu cried tears of joy as he hugged and kissed his daughters for the first time in 15 days when he came out of ...
News
2 years ago
Next Article