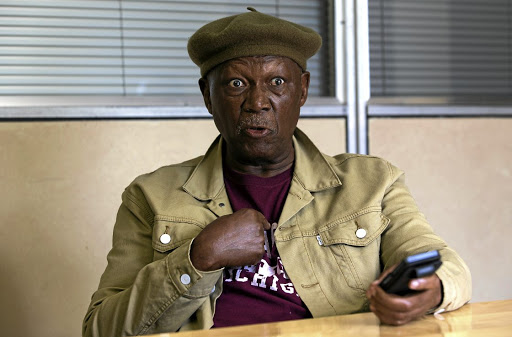 Television executive producer Mfundi Vundla has been criticised for referring to 16 former Generations actors' move to boycott the show as "stupid".

The actors were fired for demanding better pay, extended contracts and royalties from rebroadcast episodes.

Vundla was speaking on 702 yesterday morning during an interview with Phemelo Motene, herself a former Generations actress before the strike. His utterances were deemed "arrogant" by social network commentators.

The conversation started with the seasoned producer speaking about why he lost the creative rights to his soapie Backstage, which was discontinued by e.tv in 2007.

When asked about the 16 actors who were fired in 2014, Vundla said they were barking up the wrong tree. He said as much as he was the creator of Generations, he did not own royalties. He said the strike was driven by ignorance and jealousy.

"Royalties sit with broadcasters, and it was the inefficiency of the SABC that they were not paid," Vundla said.

"They had a gripe with SABC, and figured they should target Mfundi to fight that war for them, and I refused. I fought back for what I created."

When Motene asked why Vundla was the target, he said: "I had no idea, maybe it is the black thing of 'Pull Him Down' syndrome.

"Some of those people's careers were jumping. Where are they today? They were on an upward trajectory with a show doing very well.

"The whole thing was stupid, and it is sad."

Makubalo, who is also a musician, responded through Twitter, saying: "So after Mfundi fired me, I did Z'bondiwe, Igazi, Isidingo. Currently busy with Ring of Lies and Broken Vows. And that's acting only... So what does he mean where are they now???"

Zolisa Xaluva, who acted as the spokesman for the fired actors, said: "Leaving that show under those circumstances was one of the most liberating periods of my life.

"We stood firmly and without fear and never wilted against perceived giants."

Twitter user @Bizo_theB tweeted: "I may have caught the wrong end of this conversation, but I CAN NOT believe there are still people . that believe that we have to forget about exploitation of workers and move on. Praising their downfall even. Sies man!"

Vundla yesterday told Sowetan: "Maybe I am [arrogant]. One thing for sure, I am not a humble darkie."

SABC spokesman Kaizer Kganyago said the SABC only owns the shows that were commissioned and paid for by the public broadcaster, and Generations was one of them.

"We don't own all shows. We sometimes licence some of the shows. We do pay royalties of our own shows and repeats. When it comes to repeats, we pay for principal actors."