A vote for the ANC is a vote for a developed SA, says Dlamini-Zuma 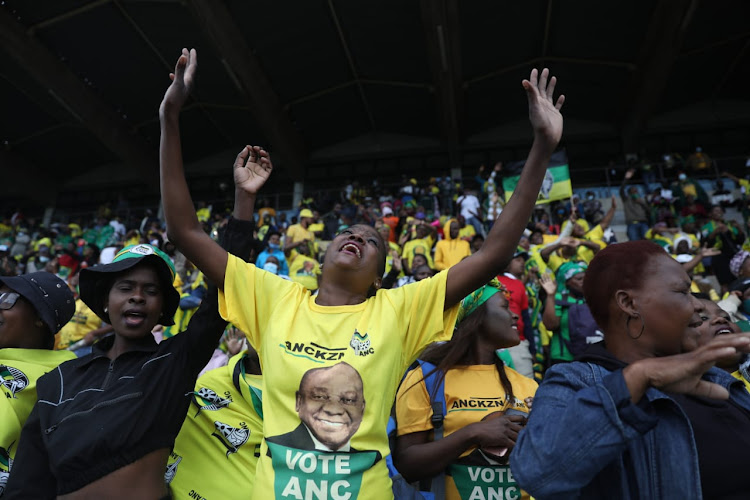 Failing to vote means you are saying democracy must die. That is why it is important to vote but please vote for the ANC, says senior party leader Nkosazana Dlamini-Zuma.

Dlamini-Zuma encouraged ANC members in Umlazi not to procrastinate and vote at the eleventh hour on Monday but to let voting be the first thing they do on election day.

She was speaking on Thursday at the party’s eThekwini Siyanqoba rally at King Zwelithini Stadium ahead of the local government election on November 1.

“Sometimes we meet like this, with massive attendance, but on election day we slow it down by saying no, I will go in the evening, after doing laundry. But voting is very important, it must be the first thing we do on Monday, let us take care of our chores after voting.

“Failing to vote means you are saying democracy must die, the democracy that some died for but never experienced must not go on. That is what you are saying if you do not vote. That is why it's important to vote — but vote for the ANC,” said Dlamini-Zuma.

Electoral Commission chairperson Glen Mashinini says it will not be possible to rig the results of the upcoming local government elections.
News
7 months ago

'I need to study': We'll give the elections a miss, say matric pupils

Matric pupils who spoke to TimesLIVE on the eve of their final exams on Tuesday said they would not be voting on November 1.
News
7 months ago

She told party supporters that while the ANC government has not provided municipal services for everyone in SA, keeping it in power was the only way to ensure that those services would eventually reach all.

“South Africa is better with an ANC government than it was before this government because the ANC is a people's organisation, it was formed by the people to improve the lives of people,” she said.

Dlamini-Zuma said some opposition parties campaigning for a share of the electorate, especially those constantly criticising the ANC, could not relate to the challenges faced by many South Africans and that made them less capable of governing.

“I hear some saying the ANC government has turned the country into a welfare state by providing elderly pensions and child support grants, but it is the organisations whose leaders wake up with electricity, warm water inside the house and travel to work on tarred roads and they forget that they too depend on the government for those services.

“They make it seem like it is only the poor who look to the government for those services but we all need the government. However, we need a government that understands how people live and is committed to changing the lives of the people for the better.”

The ANC’s wish was to win the election and for SA to always have an ANC government “because the ANC brought us together and ensured that the black majority in particular now live in dignity and freedom”.

“It is our ANC that not only made sure that there is no area that has no municipality in South Africa, but municipalities that serve the people,” she said.

While conceding that not everyone has access to municipal services, Dlamini-Zuma said the ANC government has worked hard to provide for many, and that those who are still without services such as water and electricity would still get them as long as the ANC remained in government.

Addressing unemployment, Dlamini Zuma said the ANC had a plan to combat the lack of jobs.

“Government has realised that our economy will not grow if we say we will prioritise industries and jobs in big cities only. Now we are saying, in each district, what do we have and what can we develop to grow the economy and create jobs?

“Municipalities must be assisted by national and the provincial government. We must work together, not in silos, create jobs and make sure that the economy of not only that district but the entire country grows.”

She added that the ANC government would prioritise the youth and women for employment opportunities.

Deputy president David Mabuza says the ANC is concerned about the potential difficulty in reclaiming control of the Tshwane and Johannesburg metros.
News
7 months ago

Deputy President David Mabuza has admitted ongoing load-shedding was worrying for the ANC because it had disrupted the ruling party’s campaigning ...
News
7 months ago
Next Article