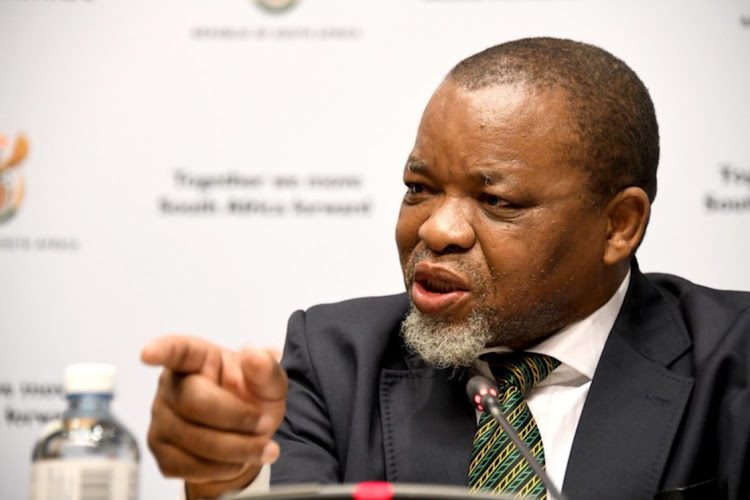 Minerals and energy minister Gwede Mantashe has urged mining union the National Union of Mineworkers (Numsa) to discuss ways to save coal mining from extinction.

Addressing the first day of a two-day NUM policy conference in East London on Tuesday, Mantashe warned that shutting down coal mining would destroy the economy, especially in Mpumalanga.

“I would imagine that in this policy conference, the delegates from coal mining regions will raise issues on how you confront the question of mining being on the back foot. Coal mining is on the back foot; everyone regards it as a dirty product.

“I would imagine the delegates from coal mining regions will raise that debate and say, 'How do we save coal mining from extinction?',” said Mantashe.

He said he had been labelled “a coal fundamentalist” and “a fossil fuel dinosaur” by lobbyists, but has accepted these titles because “I think the position we are taking on energy is a correct one”.

Mantashe lamented the debate on energy, saying it was about an argument of switching off coal and moving to renewables immediately, and not necessarily about moving from high carbon emissions to low carbon emissions — something everyone agreed on.

He warned that if that transition from coal to renewable energy was not managed carefully, it would spell an unmitigated disaster for the economy.

“Our view is that, that adventurous approach to managing the transition is going to be dangerous. It is going to destroy the economy of particularly Mpumalanga. If we move that way, there will be no Mpumalanga in no time.

He dared the delegates to close their eyes and picture Mpumalanga without the coal mines.

Mantashe said mining and energy had been complementary to each other for years and that is why they would not allow the energy industry to fail.

“We should acknowledge that energy is more complex, with a stampede in policy formulation. Many believe that we should switch from coal energy immediately and move to renewables without factoring in the socioeconomic conditions of the country.

He said what is happening in China, India, the United Kingdom and Europe will be too complex for a smaller economy like SA to manage.

“Renewables will only be sustainable if they combine with a technology that provides base load. The leading candidate is nuclear in this regard,” said Mantashe.

He said the current load-shedding trend of it being at night was proof that the increase in renewables was making a serious impact. At night, renewables are not sustainable, in particular solar energy and SA's urgent attention should be on base load technologies.

“We require an honest debate in SA and not to frogmarch it to take decisions that are irrational for convenience,” he said.

With less than a week before the local government elections, Mantashe urged mineworkers to come out in their numbers and vote for the ANC.

“As the ANC is cleansing itself of the negative image, NUM must be part of the effort.”

SA should not rush its transition away from coal, says Gwede Mantashe

South Africa must manage its transition away from coal-fired power generation systematically and not rush a switch to renewable energy sources, ...
News
3 months ago

Mantashe takes a swipe at Magashule at NUM conference

ANC national chairperson Gwede Mantashe has taken a dig at his successor Ace Magashule, suggesting that had he been schooled by the National Union of ...
News
2 months ago
Next Article