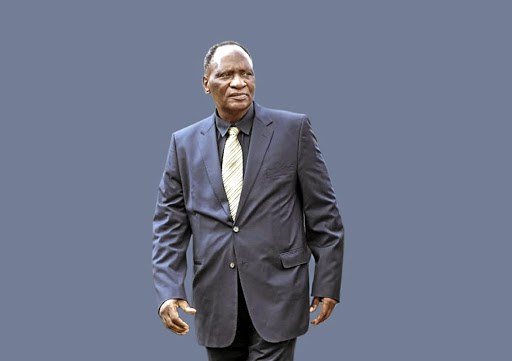 The Banareng ba GaSekororo in Limpopo are mourning the passing on of their traditional leader at the weekend.

Chief Seshego Sekororo, 66, died after a short illness on Saturday. According to his brother Steve Mahlo, the chief died at his home in GaSekororo village near Hoedspruit.

"Last week he complained about feeling weak and dizzy. We took him to Mediclinic Tzaneen and he was discharged on Friday. On Saturday morning he complained again about the same [conditions], adding that he felt he was catching flu. He later passed away," Mahlo said.

He said the family was requesting space to mourn in peace, while it prepares announcements it would be making to the community until the burial of Sekororo.

"We understand that people would want to visit and pay their condolences as per our culture but we humbly request people to stay in their homes. We will announce details of the funeral in due course."

Chief Sekororo had led his people since 1982. At the time of his death, he was serving as the chairperson of the committee on traditional leaders disputes for Congress of Traditional Leaders of South Africa (Contralesa) in Limpopo.

The late Struggle stalwart Andrew Mlangeni has been described as a man who was unwavering when it came to integrity, morals and ethics of ANC leaders.
News
1 year ago

Contralesa chair in Limpopo, Chief Malesela Dikgale, who worked closely with Sekororo, described his death as a great loss to the traditional leaders fraternity.

"It is a sad time for us as we lost one of the best thinkers and an intellectual. He remained one of the rare people with deep knowledge on matters of traditional affairs, and he played a huge role in resolving many disputes among our members," Dikgale said.

He further described Sekororo as a straight-talker who wouldn't hesitate to point out a fault.

"Kgoshi Sekororo was not only a kgoshi (chief), but a community leader admired by many. You had to sit with him to admire his wisdom accompanied by wit," Mathabatha said

"He refused to be addressed as a chief, he said he was of the royal blood and he should be called a royal leader. He would not allow any speaker in a meeting to address one of us as chief, he would correct you before you proceed with a speech," Moloto said.

In 2018, Sekororo took property mogul John McCormick and businessman Edwin Ratsoma to the Polokwane High Court seeking an order interdicting them from building a R118m Mahlakung shopping complex, claiming the piece of land for the project was his and had already lodged a claim.

However, the mall was finished and opened for business.

Mahlo said the matter will be heard in court next month.

Other positions Sekororo held over the years include chair of the Naphuno Regional Authority (Naphuno district) in 1993. In 1994 he was elected on the ANC ticket into the Northern Province (Limpopo) legislature.

In 2002, he was elected to serve on the Limpopo House of Traditional Leaders.