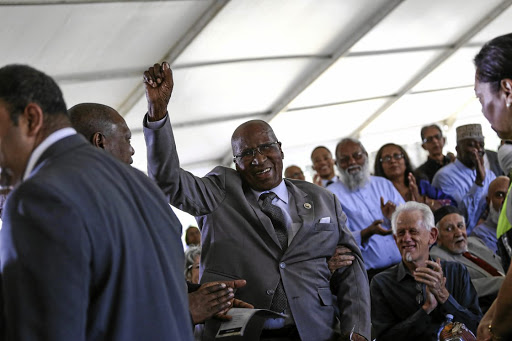 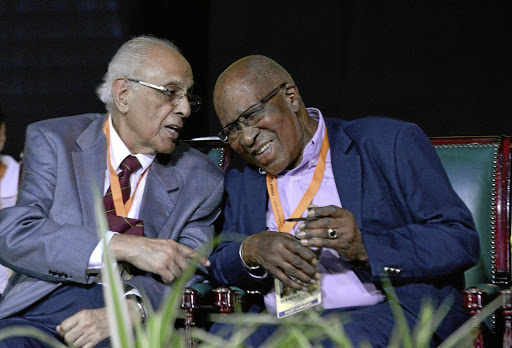 While many people will remember Andrew Mlangeni as a selfless freedom fighter - those who've had a chance to spend time with him have described him as naughty, humorous and a simple man.

Mandla Mathebula, who authored Mlangeni's biography titled Backroom Boy, told Sowetan about some of the light moments with the Struggle stalwart.

"I used to visit him with my wife. You know that since his wife passed away about 20 years ago or so, he did not marry again...

"I visited him with my wife and he said to me: 'you are a very brave young man. You are bringing a beautiful wife here to a bachelor. Don't be surprised when you leave this house without her'.

"He was easy-going. You could relate with him on anything. In short, I can say he was naughty."

Mathebula said what stood out about Mlangeni included his sense of humour and the ability to say anything he wanted to say irrespective of who was around. "He did not mince his words. He could say anything in front of anyone including his children. He would joke in very naughty language that I would not want to repeat."

During his 93rd birthday in 2018, Mlangeni left guests at his party in stitches when he showed this other side that a few, like Mathebula, had been exposed to. Mlangeni told guests that he and his wife decided before they got married not have sex every night.

"We agreed on that, [but] three times a week . We strictly kept to that practice. Only occasionally would we go beyond three," he said.

He said at his age, he was free to say anything as long as he did not offend anyone. Mathebula said it was not easy persuading Mlangeni that a book must be written about him because he did not believe he should show off about his contribution to the Struggle.

He said Mlangeni declined several journalists and academics who wanted to write his biography before agreeing to his proposal. "I was fortunate that he liked me from the first day he saw me. His foundation and another comrade, Pat Baloyi, played a role in convincing him to allow me to write the biography."

Mathebula felt that Mlangeni agreed to his book proposal "because I was just an ordinary person". He said Mlangeni belonged to a "special breed" of political leaders.

"Such a breed of leaders is problematic as it is easy not to record their contribution and sacrifices that they have made. What I learned from my project of writing his biography is that we can easily forget such people in history if we don't work hard to see what they have contributed to our nation."

Struggle stalwart Andrew Mlangeni spent the last few hours with his son Sello, but they could not communicate.
News
10 months ago

Tributes are pouring in following the death of Struggle stalwart Andrew Mlangeni early on Wednesday.
News
10 months ago
Next Article