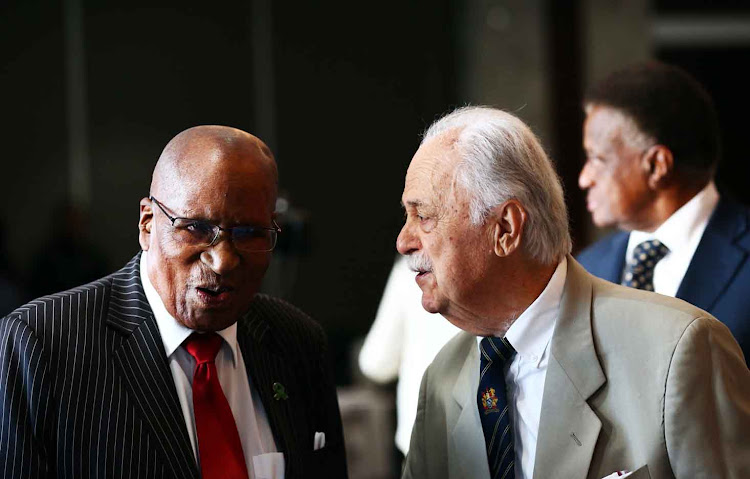 Parliament’s presiding officers have added their voices in mourning the death of Struggle stalwart Andrew Mlangeni.

National Assembly speaker Thandi Modise together with the chairperson of the National Council of Provinces Amos Masondo lamented Mlangeni’s departure, saying he was a founding member of South Africa’s first democratic parliament.All the parliamentary officials hailed him as a selfless person who led with integrity.

“Only last month, we had the honour of celebrating his 95th birthday with him. Little did we know that it was to be the last. We are, indeed, grateful for his selfless life, leadership and for his voice of reason to our parliament and the nation, in moments of great need. The Big Tree has indeed fallen,” said Modise.

Masondo said: “Even beyond his days with us, we will continue to be inspired by what he stood for, his deep love for his people, his sharp mind and great wisdom.”

President Cyril Ramaphosa announced Mlangeni’s death on Wednesday morning. Ramaphosa said Mlangeni, who recently celebrated his 95th birthday, died overnight following a brief hospitalisation at 1 Military Hospital in Pretoria. He was taken there last night after complaining about abdominal pains. He was the last remaining Rivonia trialist following the death of his comrades who he went on trial with between 1963 and 1964.

NHC CEO Sonwabile Mancotywa remembered Mlangeni as a fearless fighter who stood for what he believed and paid sacrifices for the democracy enjoyed by generations today.

“This is a generation that leaders and future leaders of our country should reflect on to carry this country forward. The NHC will ensure that Andrew Mlangeni’s legacy is preserved and promoted for the betterment of the Republic of South Africa. Their legacy should be known so that their values are embodied as we are forever indebted to the sacrifices,” said Mancotywa.