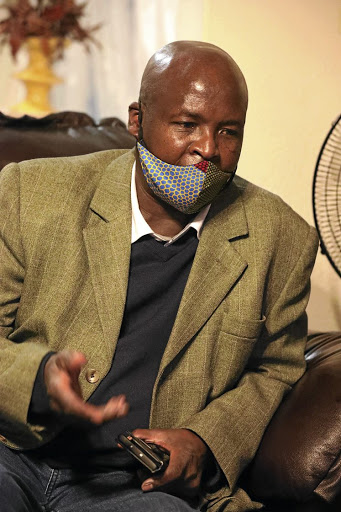 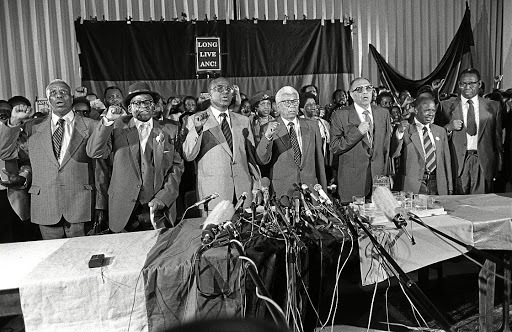 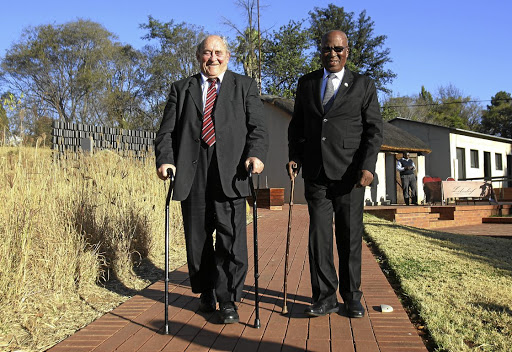 Struggle stalwart Andrew Mlangeni spent the last few hours with his son Sello, but they could not communicate.

Sello Mlangeni told Sowetan last night that he last saw his father on Tuesday, hours before he died at the 1 Military Hospital in Pretoria.

Sello said he saw his father on Friday and he "was in high spirits, laughing and making jokes as usual".

"We were talking, he was fine. We were just talking and joking; laughing and thinking we're just waiting for the test results and they will discharge him," he said.

"They gave me permission to see him again on Tuesday because [there are strict] Covid-19 [regulations] and it so happened that it was the last time I saw him alive."

Sello said his father felt so strongly about the liberation of the country so much so that he, for many years, widowed his wife and orphaned his children while he was still alive and detained on Robben Island.

He said that their relationship had been strained and they did not know how to relate to each other. So much that his late mother, June, had often been a mediator between them.

"We had been separated for many years and only now we were just trying to catch up with the lost time because it was more two to three decades without seeing each other," Sello said.

Sello relayed a story about the first conversation he had with his father, when his father was released from prison. He said it was uncomfortable.

“There was that thing ‘how do we communicate?’ because we used to communicate th/rough letters [when Mlangeni was on Robben Island] now you’re talking to the man. I was shocked, he was also, he didn’t know what to say. This was a strange man now, I didn’t know how to relate to him.”

“So for the past six years, we tried to really bond as a father and a son and to an extent that he was a good comrade of mine and we were good friends.”

Tributes are pouring in following the death of Struggle stalwart Andrew Mlangeni early on Wednesday.
News
2 years ago

He said he felt robbed.

“Oh definitely. I feel robbed. Very much so. You know growing up without a father, even my mother for that matter I think it was also difficult. Being a widow while you are still married it was never easy.”“The time that we were robbed, we couldn’t make up for it because as I say we only had six years where we were trying to put pieces together. Because I was out of the country when they were released and I just came back permanently six years ago,” Sello said.

Mlangeni's family were hoping that he would come out of hospital even stronger.

One of his granddaughters, Sibongile Ngwenya, said the family hoped that this would be like one of his various hospital stays that he always emerged from. "We somehow expected it, but not today. We were hopeful that the trooper is going to come back as usual," she said. "He goes in [hospital] and comes back home and we were extremely hopeful.

"But then God's will must always prevail and we must accept that."

Mlangeni was the last remaining Rivonia Trialist following the death of his comrades, including former president and global icon Nelson Mandela, that he was tried with between 1963 and 1964.

Ngwenya, 50, said she has chosen to celebrate his life instead of focusing on the heartbreak his death has caused the family.

She was one of the mourners who visited the Mlangeni household in Dube, Soweto, yesterday.

She described him as "a man who lived his life to the fullest" as she relayed one of her fondest memories.

"We went to a funeral and we all went to my aunt's house where they had after-tears and everyone was drinking.

"He had just had a knee surgery; look, did he not get down at that after-tears! That time we were all worried about his fresh surgery. The following day when we called him, he was up and about," she said.

Mlangeni's neighbour Phillip Nhlapo, 71, said Mlangeni was a quiet person who only spoke when spoken to.

He was, however, Nhlapo said, always willing to share knowledge about his time during the fight against apartheid.

"I learnt ubuntu and respect [from him]. I always say that when one is respectful, even God adds more years to life and that is why these men [Struggle heroes] lived such long lives," Nhlapo said.

"He would tell us his history because we were so interested to know how this old man survived. He was always willing to sit down, especially if you wanted to know about his life."

His nephew Buti Mlangeni said the family had lost one of its pillars. Someone who, according to him, was always willing to lend a hand.

"His passing has really killed our spirits because we relied on him. When something came up in the family, he was the one who always helped with arrangements," he said.

"Even here in Dube, he always lent a helping hand. The gogos here knew he would always buy them blankets when winter came."

Buti said his uncle was a true anti-corruption activist.

Mlangeni was part of a long list of high commanders of Umkhonto weSizwe who were tried following their arrest at their hideout in Liliesleaf Farm in Rivonia during apartheid.

The other people he was tried with were Walter Sisulu, Denis Goldberg, Govan Mbeki, Ahmed Kathrada, Lionel Bernstein, Raymond Mhlaba, James Kantor and Elias Motsoaledi, among others.

"The passing of Andrew Mokete Mlangeni signifies the end of a generational history and places our future squarely in our hands," Ramaphosa said.

"Until recently, we were able to sit at Bab' Mlangeni's feet and draw on his wealth of wisdom and his unfailing commitment - even at his very advanced age - to a better life for all South Africans."

Parliament’s presiding officers have added their voices in mourning the death of Struggle stalwart Andrew Mlangeni.
News
2 years ago

Veteran ANC MP Essop Pahad has lamented the death of Andrew Mlangeni, saying it is a big blow in the efforts to correct internal problems of the ...
Business
2 years ago
Next Article