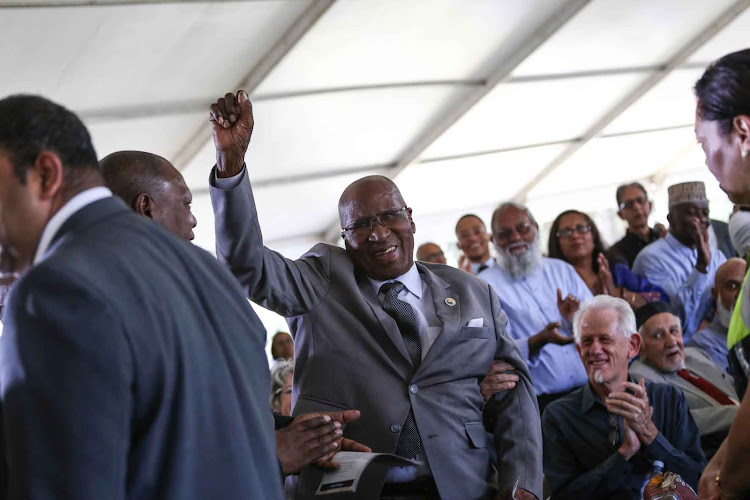 Tributes are pouring in following the death of Struggle stalwart Andrew Mlangeni early on Wednesday.

The Desmond and Leah Tutu Foundation described Mlangeni as a principled and modest man.

“His passing sounds the last post on a courageous generation of South Africans who forfeited their freedom, careers, family lives and health so that we could all be free. It is now for younger hands to pick up the heavy baton they carried and complete the journey to equal justice for all.

“He is deeply mourned. The Desmond & Leah Tutu Legacy Foundation extends heart-felt condolences to the Mlangeni family. May Tata Mlangeni rest in peace and rise in glory,” the foundation said in an official statement.

He was the last remaining Rivonia trialist following the death of his comrades that he went on trial with between 1963 and 1964.

The late Struggle stalwart Andrew Mlangeni did not mince his words when he spoke out on various issues.
News
1 year ago

The DA referred to Mlangeni’s departure as an end of a particular chapter of the country’s history.

“Mlangeni was a firm believer in the power of education to unlock people’s aspirations, and even managed to study towards his own BA degree while incarcerated on Robben Island. He also abhorred the corruption…,” said DA leader John Steenhuisen.

“He lived to see this dream attained and recognised that there was still more work to be done,” said Makhubo. "…We do not only mourn his passing but also take his life and the example of how to live a life in the service of the people without undue expectation… Ntate Mlangeni was the epitome of selfless leadership, from his wisdom we managed to navigate through the most difficult times as a country. Robala ka Kgotso Seaparankwe,” Makhubo said.

UDM leader Bantu Holomisa reflected on his light moment with the stalwart.

"When we played golf together with him and he beat us, I always jokingly asked him why he played so well as there was no golf course on Robben Island for him to have practised and that this must be investigated. I last saw uTata uMlangeni earlier this month to present him with a gift for his birthday and wish him well, little did I know it would be the last time we would see each other," Holomisa said.

“To his family, and particular his son Sello, his friends, and the African National Congress, our deepest condolences. He will live on in our memories.”