More than 1,300 items of litter a day on Cape beaches - during hard lockdown 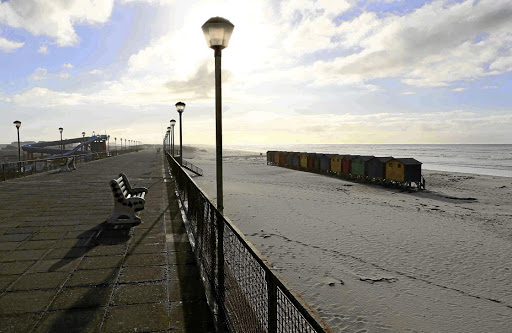 The scourge of plastic and cigarette butts continues to plague Cape Town's beaches, even in the absence of people during the toughest levels of the Covid-19 lockdown.

A study was conducted along 250m of beach at Milnerton in Table Bay, and at two 400m stretches of beach on the northern False Bay coast, one at Muizenberg and one east of Sunrise Beach, by city officials, the national government's Working for Coast programme and University of Cape Town researchers.

Teams were issued with permits for the last 10 days of the Level 5 lockdown – from April 22 to May 1 2020 - and throughout Level 4 of the lockdown.

Plastic items, including foamed plastics and cigarette butts, accounted for 92% to 99% of litter items by number, and 85% to 94% by mass.

Despite the lack of beachgoers, on-the-go snack food packets such as sweet and ice-cream wrappers and chip packets accounted for virtually all food packaging, as is also typical of street litter.

Though ropes and other shipping-related litter contributed only a modest proportion of the number of litter items (1% to 7%), they comprised 30% to 70% of the mass of plastic on beaches mainly due to large marine items.

The oldest item that the team found was a soft drink lid manufactured in 1993.

Discarded face masks are piling up on Hong Kong's beaches and nature trails, with environmental groups warning that the waste is posing a huge threat ...
News
1 year ago

In many cases it was possible to identify the country of manufacture, the city said. Most of the identifiable litter came from local sources (about 94%). As for the rest, the incidence of Asian items was most pronounced among rigid plastic items such as bottle lids and high-density polyethylene (HDPE) bottles, which can drift long distances at sea. Many more foreign lids carried goose barnacles and bryozoans (81%), indicating they had been at sea for some time, unlike lids from SA (8%). Indonesia was the source of most of these items.

During the 10 days of the Level 5 lockdown alone, the teams collected 13,665 litter items with a total weight of 78.7kg from the three beaches. This amounts to an average of 1,367 new litter items per day along 1,050m of Cape Town’s coastline.

The survey authors said the 10-day study on Level 5 started the day after moderate rain on April 21, which resulted in high litter loads at the start of the study window at Milnerton and, to a lesser extent, Sunrise Beach. “This is because rain washes all the accumulated litter out of stormwater drains into the sea.”

Litter loads at Muizenberg Corner were highest in the middle of the study period, when onshore southerly winds carried in litter from offshore.

Compared to data from previous studies of daily accumulation at Milnerton and Muizenberg, litter loads were not much lower during lockdown because most litter washes ashore, rather than being left by beachgoers. “Despite the lower litter levels on land during the lockdown, there appears to have been enough residual litter trapped in stormwater drains to keep litter levels at ‘normal’ levels at least through the end of April,” the researchers said.

The country of manufacture was identified for almost 1,400 items collected during the 10-day accumulation studies. Excluding items known to be imported into SA, for example sweets from Brazil, Turkey, Malaysia, and McDonald's tomato sauce sachets from Egypt, 94% of items were from local sources.

“It is clear that even without beachgoers, we are locally responsible for the vast majority of litter on our beaches,” said the city.

The proportion of local litter was greater at Milnerton (99%) than the two False Bay beaches (91% to 94%), where most foreign items came from Asia (mainly Indonesia), carried by the Agulhas Current.

“The study demonstrates the litter that is dropped on land ends up in our ocean. Thus, if you throw your cigarette butt in the street and a chocolate wrapper out of the car window instead of in the bin, it is likely to end up in a stormwater pipe and eventually drain into the ocean. The pollution of our natural environment is everybody’s business, and we all need to do our part to protect our rivers, canals, wetlands, and ocean,” said the city’s mayoral committee member for spatial planning and environment, Marian Nieuwoudt.

She added, “This research is crucial as it will help us understand where plastic and other pollution in the ocean come from. By identifying the sources of pollution, we can develop and implement programmes and actions to address this problem.”