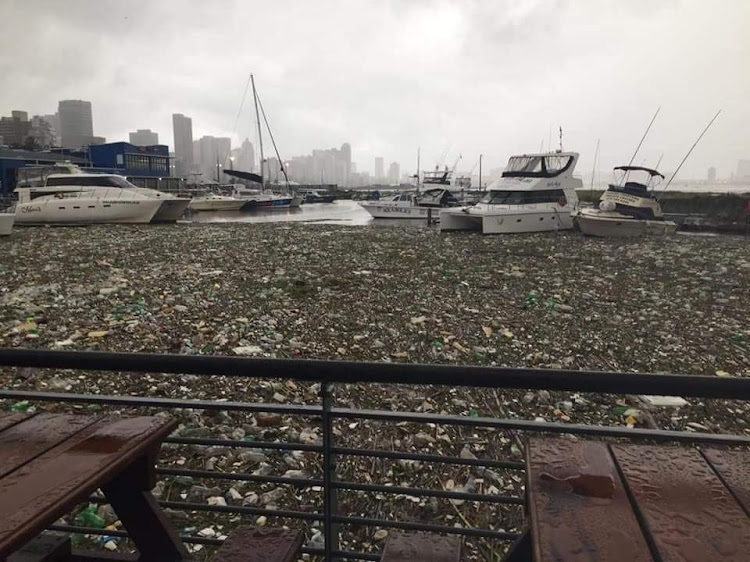 President Cyril Ramaphosa has flown to KwaZulu-Natal on his return from Egypt to assess flood damage and review the rescue operations underway in the ravaged province.

"Arrived back home and flew straight to KwaZulu-Natal to assess the damage caused by the floods and review the recovery efforts," the president said on tweeter early on Wednesday morning.

"Our thoughts are with the affected communities in KZN and Eastern Cape. I urge those living in the affected areas to take extra caution in this period."

Ramaphosa had been in Cairo on Tuesday, attending summits on Sudan and Libya.

The death toll from torrential rains that ravaged KwaZulu-Natal since Monday night stands at 32, with the figure set to rise. Rescue efforts are also under way in Port St Johns in the Eastern Cape. The SA National Defence Force (SANDF) arrived in the coastal town on Tuesday to help rescue and evacuate hundreds of residents left homeless by torrential rains.

Thanking President Cyril Ramaphosa. At 17.21 yesterday I alerted him of the Port St Johns floods and he responded as follows, “ Will act .Am on the way to Cairo but will get SANDF team to go”. Leadership!

Meanwhile, in Durban Harbour and its beaches, tons of plastic are being washed into the sea as litter is fed through the city's storm water drains, according to environmentalists and residents.

The #DurbanFloods have really brought to light the huge #PlasticPollution crisis in South Africa. These photos, taken by .@Naeempandor at Blue Lagoon in Durban, say it all! #BreakFreeFromPlastic pic.twitter.com/eEXLmXlv4H

Thula Thula Conservation! This is what we are doing to our planet! Picture of the Durban Harbour after the floods yesterday - tons of plastic washed into the sea! www.SAConservation.fund

More than 50 people have been killed in devastating floods which have rocked South Africa's coastal city Durban. The city has also seen extensive damage to property and roads due to the flooding and mud slides caused by 150mm of downpour in a 12-hour period.