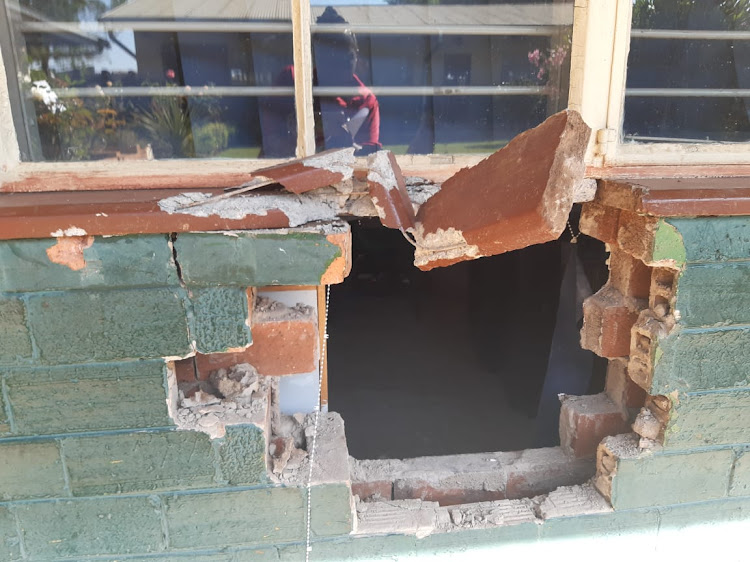 Esithebeni Primary School in Zola, Soweto, was broken into and criminals took off with valuables estimated to be worth over R3m. File photo
Image: Provided

Things took an unexpected turn for a suspect in Kwa Thema on the East Rand when he was allegedly caught red-handed trying to rob the Nkumbulo High School premises.

According to Capt Mavela Masondo, the suspect was arrested on Thursday. He was found in possession of stolen items that include appliances, kitchen utensils, cleaning material, taps, electrical cords, blankets and some groceries.

Gauteng police have now arrested 130 suspects for cases related to burglary, vandalism and torching of schools since March.

Several items taken from the schools during the burglaries were recovered.

“In another incident, police in Pretoria West responded swiftly on Saturday after receiving information about a burglary in progress at Lotus Gardens Secondary School. One suspect was arrested inside the school. Preliminary investigations revealed that the suspect gained entry through the roof whereby tiles were removed and the ceiling damaged.

“Cases of business breaking have been opened for investigation,” Masondo said.

After experiencing an increase in the number of schools broken into, Gauteng provincial police commissioner Lt-Gen Elias Mawela appointed a team consisting of different police units to look into the matter. He also called for the community to report any suspected criminal activities inside the schools.

Ten offices burnt down when the administration block caught fire at Machama Primary School at Manamakgoteng village near Moruleng in the North West.
News
2 years ago

Basic education minister Angie Motshekga has expressed deep concern that 962 schools had been vandalised since the start of the lockdown.
News
2 years ago
Next Article