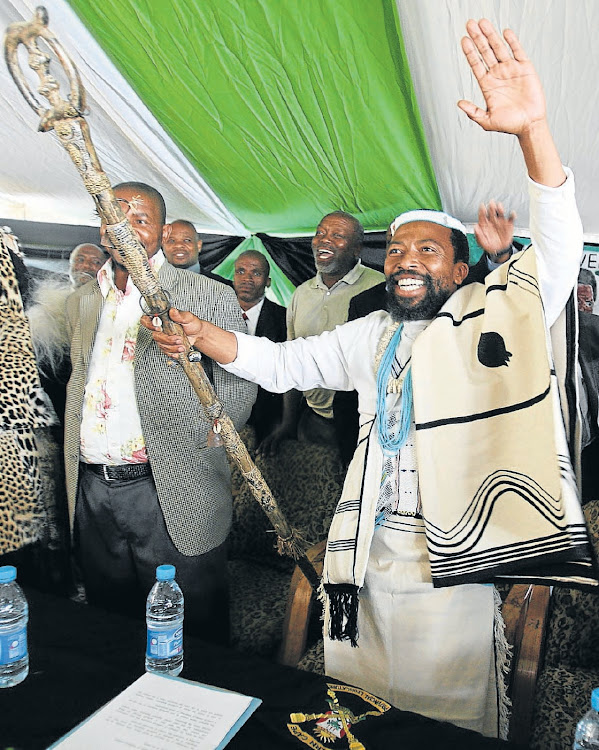 The AbaThembu royal family says there is "nothing untoward" about King Buyelekhaya Zwelibanzi Dalindyebo wanting to do DNA test to prove whether Prince Azenathi is his son.

The Daily Dispatch reported that Dalindyebo had disowned his son and was demanding a paternity test.

The AbaThembu royal family said it was concerned about circulation of what it said was a private communication between the king, his former wife Buyiswa Majiki and his son Azenathi.

"The concerns raised by King Zwelibanzi in the communication are not necessary new to the AbaThembu royal family," said the family.

Dalindyebo was arrested in March for a midnight rampage that allegedly involved him terrorising Azenathi and his family at their royal Bumbane Great Place homestead. It is alleged he brandished an axe during the siege.

"Before his release from prison on parole in December 2019, King Dalindyebo had indicated to some senior members of the Abathembu royal family that one of the reasons he was seeking parole was to resolve some issues in his personal household in order to restore stability in the kingdom," the statement reads.

The bitter feud that has split the AbaThembu royal family has taken a new twist, with King Buyelekhaya Dalindyebo disowning his son and demanding ...
News
2 years ago

The issues the king intended to resolve, according to the family, included Azenathi's paternity.

"At the time, what was not discussed were the modalities of how such issues were to be handled or dealt with; furthermore the extent in which the royal family was to be involved, if any," they said.

The family contended in the statement that Azenathi did not qualify to be an heir as he was conceived and born before his mother got married.

"In the Tembu custom, he would correctly termed isizananina, meaning he joined the family together with his mother. According to our custom, he is not the son of the African man (ukhukho). He does not qualify to be a king or acting king.

"We similarly acknowledge that King Zwelibanzi Dalindyebo is well within his rights to request DNA or paternity testing be done, should he deem it fit or need certainty in respect of his alleged son. There is nothing untoward with regards to that," said the family.

The Correctional Supervision and Parole Board is yet to decide what to do about AbaThembu King Buyelekhaya Dalindyebo after his alleged assault on ...
News
2 years ago
Next Article