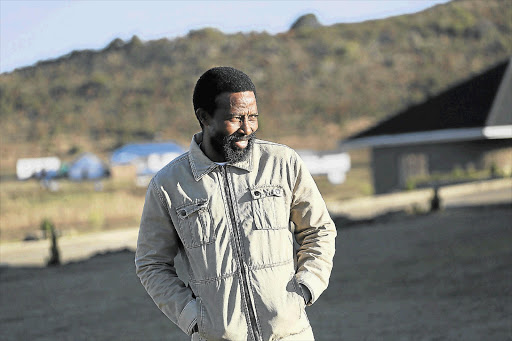 The ANC in the Amathole district has called on President Cyril Ramaphosa and justice and correctional services minister Ronald Lamola to allow jailed AbaThembu king Buyelekhaya Dalindyebo to attend the funeral of AmaXhosa king Mpendulo Zwelonke Sigcawu. It takes place on Friday.

Dalindyebo is serving an effective 12 years in prison, imposed by the Supreme Court of Appeal in October 2015. The sentence was handed down for three counts of arson, three counts of assault with intent to do grievous bodily harm, one count of defeating the ends of justice and one count of kidnapping.

Ramaphosa is to deliver a eulogy at the funeral, which he declared a Special Official Funeral Category 1, and the ANC in the region feels that granting Dalindyebo permission to attend would honour Sigcawu, who had been the most vocal in calling for his release.

Two royal houses in the Eastern Cape have announced they will not instruct their subjects to stop celebrations to mourn the passing of amaXhosa King ...
News
2 years ago

“The call for King Buyelekhaya Dalindyebo to be granted compassionate leave must, however, not be construed as a call for his unconditional release from prison,” Ntuthu told DispatchLIVE.

The Eastern Cape-based newspaper also reported that preparations for the funeral were well under way, with the grave already dug. The burial is expected to attract more than 10,000 mourners, including monarchs and statesmen.

The grave is near that of King Sigcawu's father, King Xolilizwe Sigcawu, who was buried in January 2006, and other royals at Nqadu Great Place.

The department of public works has started laying new gravel on roads that connect the site from the N2, near Walter Sisulu University's Ibika Campus near Butterworth, and from the provincial tar road between Dutywa and Willowvale.

The funeral will be screened live on SABC.