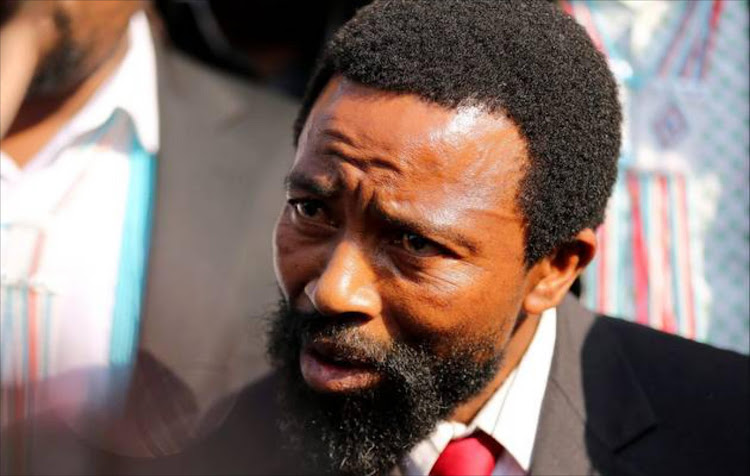 AbaThembu king Buyelekhaya Dalindyebo apparently has been arrested after allegedly attacking his family at the Bumbane Great Place on Friday.

Dalindyebo, who was released on parole in December, allegedly arrived at the great place at 2am.

Royal spokesperson Nkosi Dumisani Mgudlwa, speaking from the great place near Mthatha, confirmed to SowetanLIVE's sister publication DispatchLIVE at 7.30am that the king was still at the scene.

AbaThembu King Buyelekhaya Dalindyebo has been arrested by the police.

This after he allegedly attacked and assaulted members of his family inclucing his son, Acting King Azenathi Dalindyebo #Dalindyebo pic.twitter.com/ZUccSYMZeN

It is alleged he broke into the main house where acting king Azenathi Dalindyebo was sleeping with his wife and son.

Television news reported that the paroled king has been arrested but the DispatchLIVE was not yet able to confirm this with police spokesperson brigadier Tembinkosi Kinana.

Amid the joy at the release on parole of AbaThembu King Buyelekhaya Zwelibanzi Dalindyebo came news that he will not immediately resume the throne, ...
News
1 year ago

AbaThembu King Buyel'Ekhaya  Zwelibanzi Dalindyebo is a free man. He was released from the East London Correctional Centre in West Bank at around  ...
News
1 year ago
Next Article