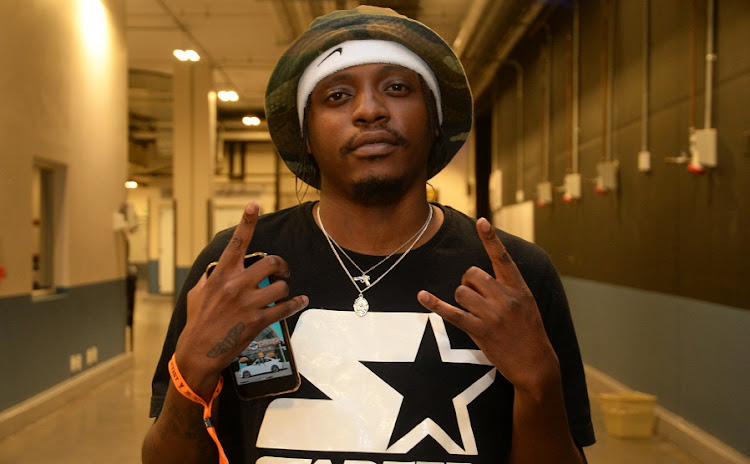 While Yanga Chief scooped the coveted Song of the Year trophy at the recent SA Hip-Hop Awards, breaking into the industry as a Xhosa rapper has not been a walk in the park.

In an interview with SlikourOnLife, Yanga revealed that it took a long time for people to catch on to his vibe as an artist pushing Xhosa rap. He even claimed that music distributors have something against Xhosa people.

“Just by looking at the mainstream Xhosa rappers, I've always felt that there was an unfair bias against Xhosa rappers. Like Motswako has its shine, Soweto rap did its thing, even Durban had its moment - and when you talk about Eastern Cape, it's like [only] this artist and this artist - that's it!”

"Before we were too concerned about how people feel about our relationship, how we’re seen by the public and what we look like et cetera."
Pic of The Day
2 years ago

Yanga also opened up about how he met his buddy AKA years ago, when he had to interview him but was not prepared.

"When I met him I was doing an interview for Ventilation and you [Slikour] were like, 'The interview is tomorrow,' and I was like, 'Ja ... Imma prepare for it.'

"Then I get a call to say, 'Yo, this man is here.' He pulled up and I wasn't prepared! Although he was very cool - he answered all my questions and I was like, 'Let me think of the next question.'"

Just a few days ago, Yanga revealed how he decided to quit making music last year before fans persuaded him to not give up.

“Last year I quit making music completely. My supporters refused to give up on me and so I decided to make one last smash, uTatakho," he wrote after scooping the award.

"You guys took this song to the top and you took me with it," he told his fans. "This is for us, this for King Dalindyebo. Queenstown, we got one!”

Last year I quit making music completely. My supporters refused to give up on me and so I decided to make one last smash, uTatakho! You guys took this song to the top and you took me with it. This is for us, this for King Dalindyebo. Queenstown we got 1! ?#SAHHASONGOFTHEYEAR pic.twitter.com/xUXhaMmsbT

DJ Tira is doing the most in the United States

Burna Boy a reminder that rap music has failed Africa

Everyone is capable of discrimination, and the philosophical argument is that discrimination is often the result of our ignorance.
Opinion
2 years ago

AKA and Shane Eagle ready to squash the beef

After trading shade on social media, it seems AKA and Shane Eagle are ready to bury the beef.
Entertainment
2 years ago
Next Article